Will Sony show their faith in PlayStation VR?

Virtual Reality devices finally entered the mainstream in 2016 – or they were supposed to, at least.

Facebook’s Oculus Rift and the HTC Vive entered the market in the spring and offered gamers an opportunity to enjoy a high-end virtual reality experience in their own home. The devices were too expensive to expect a mass market impact – from $599 to $799 plus the high-end PC required to run them – so fans of VR were pinning their hopes on Sony’s comparatively cheap PlayStation VR ($399) reaching a wide base of PS4 owners.

The early signs were promising, with pre-orders of the device selling out prior to its October release and SuperData Research predicting 2.6 million sales of PSVR in 2016.

However, this forecast was radically downgraded to 750,000 sales in late-November and Sony has only added to concerns about sales of PSVR by declining to release official numbers.

“One of the reasons we’re not talking about the numbers so much is because we don’t want the numbers to take a life of their own,” Sony’s Kaz Hirai said, but articles expressing concerns about the future of PlayStation VR have appeared online, nonetheless.

Paul Tassi explored the issue in depth on the Forbes website and noted that concerns about PSVR’s early sales have been compounded by the fact that “almost no one is talking about the system presently,” and that very few major VR games have been confirmed for 2017.

Sony’s track record with peripherals adds further fuel to the fire, according to Rob Fahey of gamesindustrybiz.com. The PlayStation Eye and PlayStation Move, Fahey noted, are both examples of Sony hardware “that was launched with a lot of heavy marketing support but which the giant company rapidly seemed to lose interest in.”

Interestingly, both the idea of a PlayStation camera and PlayStation Move controllers have been revived by PSVR – PlayStation Camera is required to track the headset and Move Controllers can add to the immersive experience of VR – and close links between neglected peripherals and Sony’s latest offering may not have given consumers great faith in the company’s new device.

PSVR is a bigger project than the Move Controllers and PlayStation Eye with, potentially, a far greater upside, but it’s clear that Sony must show their commitment to the peripheral – and soon.

New games are the key. Resident Evil 7 is the first full length AAA release to offer full compatibility with PSVR but Sony would do well to enlist other developers to follow Capcom’s example and deliver exciting, high profile games.

Gaming hardware is only as good as the software it runs and PlayStation VR needs a landmark game – a must-play VR experience – to propel it into the mainstream. Will Sony deliver? 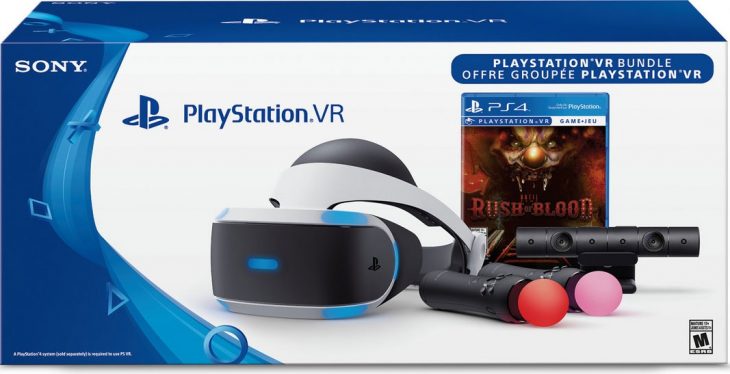