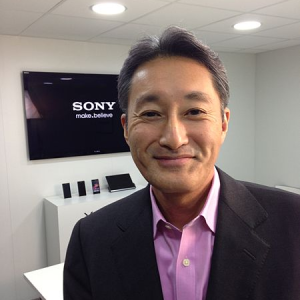 Kazuo Hirai was the Chairman of Sony Corporation till June 2019. Prior to that, before February 2018, he was the President and CEO of Sony Corporation. He was also a board member of Sony Computer Entertainment, Inc., a wholly-owned subsidiary of Sony.

Known to his friends as “Kaz”, Mr. Hirai graduated from the Tokyo-based American School in Japan in 1979, before attending middle school in Toronto. Since earning his Bachelor of Liberal Arts from the International Christian University, Tokyo, in 1984, his entire professional career of thirty two years has been spent with Sony. Initially, he worked in international artist relations for Sony Music Entertainment, until he moved to Sony Computer Entertainment in 1995. It was during this period that the Playstation console was being released and promoted, the success of which led to the Playstation 2 console being released in 2000, the Playstation 3 in 2006, and the Playstation 4 in 2013. In 2012 Mr. Hiari became the President and Corporate Executive Officer of Sony Corporation, and became a board member of Sony Computer Entertainment later that year.

Mr. Hirai’s focus for 2016 is to merge certain video-game and network-related divisions of Sony, as well as to explore the potential of new technologies such as the Playstation VR headset. On Jan 25th this year, he announced that Sony Computer Entertainment and Sony Network Entertainment have been merged into a new structure, known as Sony Interactive Entertainment. This will give Playstation more autonomy, by distancing it from the corporate side of Sony and allowing it to boost efficiency and innovation.