Home » Opinion, Commentary, Analysis » Deviceless streaming may be a likely future for gaming

Deviceless streaming may be a likely future for gaming 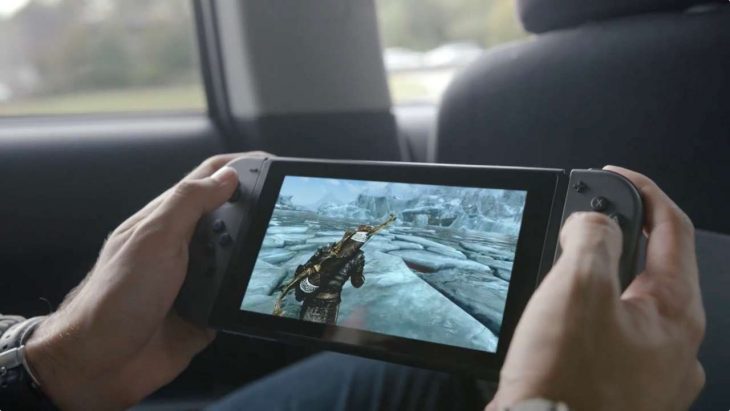 Since the advent of streaming within the game industry, the ways in which someone plays games has shifted. There has been less focus on long play sessions with a console in recent years. The launch of the Switch was a key illustration in this paradigm shift in that it allowed players to take the single player experiences often reserved for their comfort of their homes and take them with them wherever they needed to go. There is a clear trend that gaming is steering away from the consoles that have dominated its landscape since the beginning. Before E3, Yves Guillemot, CEO and co-founder of Ubisoft, made comments in support of this idea, and it only becomes stronger when taking Microsoft’s decisions to fully back streaming into account.

“There will be one more console generation and then after that, we will be streaming, all of us.” Yves Guillemot made this claim last month and when taken at face value, this might seem alarming or surprising to some. After all, Sony has shipped close to 80 million PS4s worldwide since its launch, and the Switch has seen its share of success since it launched last year. These sales numbers show that people all across the world are still playing games, but they fail to take into account how much players have come to appreciate accessibility and playing with friends.

The Switch is a clear indication that there is a market for playing console games on the go. Furthermore, mobile games have only increased in popularity and revenue over time. Many people who grew up with games are no longer able to sit down and play for extensive periods of time. A streaming future alleviates that problem altogether and ensures games can be enjoyed no matter the location. On some level the Switch may seem like direct opposition to this streaming vision, but it is the only company that currently offers a play anywhere experience. It shows Nintendo may be a step ahead of its competition in understanding where the industry will be five to ten years from now.

With Sony leading the way in sales and Nintendo providing a unique console, Microsoft is operating on its back foot. Microsoft needs to find a way to lessen the gap between it and Sony and during E3, the company doubled down on streaming, supporting Guillemot’s idea. During Microsoft’s press conference, Phil Spencer said, “Our cloud engineers are building a game streaming network to unlock console gaming on any device.” These comments are particularly interesting when leveraging it against Sony and Nintendo.

Microsoft is clearly losing this console generation’s war, but its fortune could easily change if it were the first to fully embrace streaming on all devices. With cable television losing more and more subscribers and people relying more on services like Netflix, there is a clear demand for this type of service.

Sony does have its own cloud based gaming service known as Playstation Now. This shows that there is some awareness on their end of its need within today’s gaming landscape. However, there is no indication it will be made available on all devices. Sony in particular has been stubborn and apprehensive to adopt a cross-platform policy. While Sony may maintain its lead for now and even into the beginning of the next console life cycle, if it fails to develop a device less game plan, Sony may find itself behind Microsoft.

Industry in any field will always change over time. While many people will be resistant to change, it will happen regardless and preparing for it and considering the possibility of it will allow for the future to happen naturally. Prior to the comments made by Guillemot and Spencer, a streaming only future was nowhere to be found in the consciousness of gamers. However, the indications have been building over the past few years with mobile gaming increasing in popularity, the unique experience offered by the Switch, and the streaming options currently offered by both Sony and Microsoft. Streaming games on any device makes a lot of sense both from a financial perspective and a day-to-day living perspective. Consoles are still the way to play currently, but cloud based streaming on any device, anywhere you want could be much closer than most people realize.