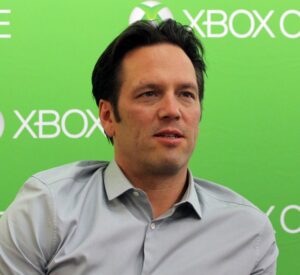 Phil Spencer is the Head of Xbox Game Studios. He leads creative teams around the world developing games, entertainment and premium content experiences for Microsoft’s family of devices including Xbox Series X/S, Xbox One, Windows PC, and mobile phones. He was appointed to this role in March 2014, succeeding previous head of Xbox Marc Whitten. Spencer Joined Microsoft in 1988.