E3 2018 – Your checklist for all major press conferences 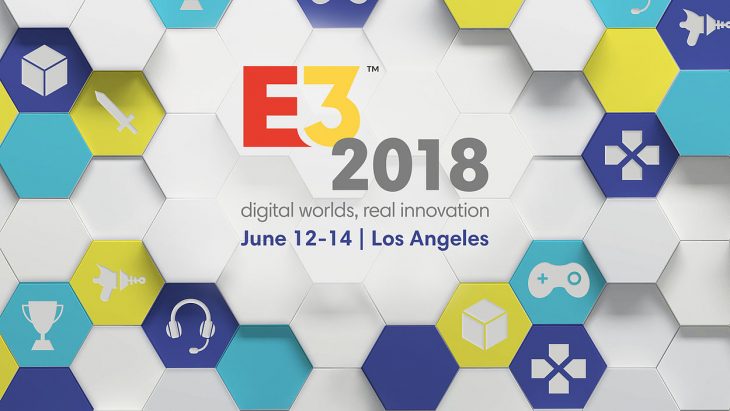 This year’s E3 Expo will be held between June the 12th and June the 14th at the Los Angeles Convention Centre. The flagship gaming event of the year is now preceded by equally exciting press conferences where the major developers showcase new games and make key announcements.

Here are the press conferences you won’t want to miss in 2018.

Microsoft made major waves at last year’s E3 when they unveiled the Xbox One X (then known as Project Scorpio) alongside the Xbox One S. It’s well known that the various Xbox One iterations are lagging behind the PS4 in terms of sales so Microsoft will be keen to highlight new games and projects that could pull consumers towards them. They have promised “trailers for our unannounced titles coming in 2018 and beyond” so watch out for some new release announcements.

The makers of the hugely successful Fallout and Elder Scrolls franchises have already announced two upcoming games, Fallout 76 and Rage 2, so gamers can expect more details on these titles. Many Bethesda fans will be longing for news of a new instalment of the Elder Scrolls. Could the announcement come at this year’s E3?

Square Enix didn’t run a press conference at last year’s E3 but should have plenty to talk about this year. News on Shadow of the Tomb Raider, the sequel to the bestselling Rise of the Tomb Raider, will be eagerly awaited by Lara Croft devotees. Final Fantasy and Kingdom of Hearts announcements seem likely, too.

Ubisoft are one of the most prolific big publishers around. Look out for announcements on new content for existing and upcoming releases like Rainbow Six: Siege, For Honor, The Division 2, Beyond Good and Evil 2 and new pirate-themed IP Skull and Bones. Oh, and there’ll be Assassin’s Creed stuff, too. Of course.

The Last of Us II looks set to take centre-stage in Sony’s press conference as the long-awaited sequel nears completion. It’s also possible that a new Call of Duty and new Red Dead Redemption content will also be unveiled in the Sony press conference, such is the current dominance of the PS4 in the market.

Nintendo have made huge strides in the past year thanks to the successful launch of the Switch. However, with Zelda, Mario and Mario Kart titles all released last year (to rave reviews) can they possibly produce content of a similar level to keep the Switch’s momentum going? E3 may provide us with the answer.

Gamers may also wish to tune in to the PC Gaming Show (Monday, 11th June, 15:00 PST), for info on independent games, and the Devolver Digital press conference (Sunday, June 10th, 20:00 PST) for satiric humour that takes aim at the games industry!