E3 2015. Incredible to say the least. The range of heavyweight titles that have been announced is simply stunning. This is going to be a seriously good year for gaming. It’s only been a day into the expo, but you’d be forgiven for feeling overwhelmed already.

The Internet is already ablaze with chatter and theories about all the new trailers and gameplay videos that have been shown. There’s a hell of a lot to take in, so have a read of this rundown of the biggest and best of E3 2015.

First up, and with the most impressive announcements, is Bethesda. Minds were continually blown by Bethesda’s conference as Game Director and Executive Producer Todd Howard took us through what they’ve got in store for us. Fallout 4, not only has it just been announced, but it’s also going to be release in a mere five months. This is how games should be revealed.

The gameplay trailer showed off a tonne of amazing features, almost too many to take in. These include a fully voiced player character, constructible settlements, a deep weapon and armour customisation system, reworked Pip Boy with playable minigames and what Todd referred to as their most impressive game world to date, which culminates at the ruins of Boston. You can also receive a real-life Pip Boy with space for your phone, which can be used with a real life app mimicking the in-game one.

But wait, there’s more. Bethesda has also been very busy creating a game for iOS and Android called Fallout Shelter, out now for free. This isn’t anything major, but it is a neat little game where you get to play as an Overseer and build your very own vault. There’re a bunch of different types of rooms, and you have to populate your vault with people, keeping them happy, fed, watered and with power. Fallout Shelter was certainly a surprising announcement, which should keep you entertained until the release of 4.

But wait, there’s even more from Bethesda. A new Doom game, complete with huge weapons, huger demons and all kinds of blood and gore. Dishonored 2, sequel to the 2012 stealth title, as well as a Definitive Edition of Dishonored 1, which includes all the DLC and improved graphics. They also showed off some of The Elder Scrolls Online, and a clip of the new title Battlecry.

Electronic Arts put in an awesome showing too. The biggest news from the EA camp is the release of gameplay footage of Star Wars Battlefront, which looks incredible and brought in all kinds of nostalgic feelings. Combat in Battlefront looks frantic to say the least, with lasers flying about and TIE fighters battling it out with X-Wings. This will definitely be one for the Star Wars fans.

Mass Effect is making a comeback too, with Andromeda. The teaser was pretty light on details but this outing will be set far in the future from the rest of the series, and will let you loose on a whole new galaxy to explore. EA also announced a new Need For Speed, a platformer called Unravel, a sequel to Mirror’s Edge and the latest updates to their sports franchises.

There’s a reason why E3 is the biggest date in the gaming calendar. The developers at E3 have proven that they can, time and time again, blow our socks off with the ever improving quality of the games they put out. Hats off to them; it’s a great time to be a gamer. 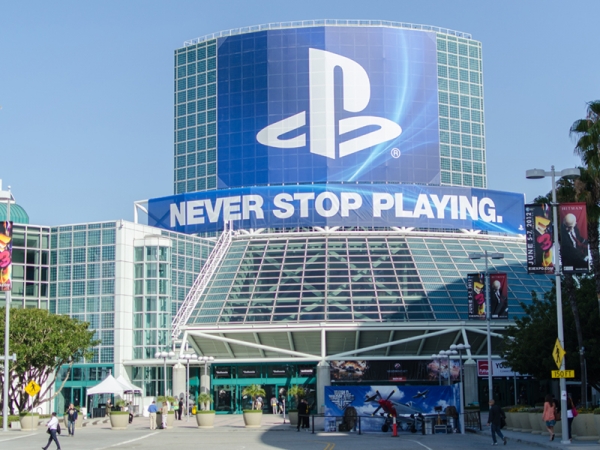 Related Topics: Bethesda, E3, Electronic Arts, Events
By Admin in: Wholesale Games Industry and Market News on June 18, 2015 at 11:09 am