Nintendo has finally confirmed solid details behind the mysterious NX console, which they have now officially named the Nintendo Switch.

As suggested in previous rumours about the console, Switch will indeed be a hybrid console that straddles the boundaries between a living room console and handheld gaming device. The new console has a sleek grey and black design, and contains three main components – the console ‘dock’, the controller and the tablet screen.

Switch is similar to laptops which have removable screens that become tablet-like devices in that it will comprise of a separate screen, which can be played as a handheld, and the base console which allows the screen to be played as a standard television operated console. In addition to this, the controller also has modular options. It can be dismantled and operated in the same way as a Wiimote controller, or it can be attached to the sides of the screen tablet, in a similar fashion to Wii U’s control scheme. It can also be used like a traditional gamepad controller.

The Switch announcement trailer showed the various components in action, beginning with a short clip of footage from the upcoming Legend of Zelda game, called Breath of the Wild. It showed how the controller can be dismantled and attached to the sides of the removable tablet, seamlessly transferring the video feed from TV to the handheld device. Once mobile, Switch’s controllers can be removed again, with the screen able to hold itself in place with a stand on the back – during which scene Nintendo showed a sneak peak of Skyrim: Remastered footage on the device, although MCV claimed that the game may never release on Switch. It then showed a short piece of footage the new Mario.

Nintendo was keen to show off the social gaming aspects of Switch, demoing both splitscreen two player co-op on one unit and four player co-op on two devices in which each player uses one half of the controller.

NVIDIA confirmed that they have been tasked with producing the GPUs for the device, in contrast to Xbox, Playstation and Wii U which all use AMD tech. A Reddit leak reported by PC Advisor claimed that Switch will support 4K – likely for Netflix – and 1080p/60FPS for gaming. Nintendo has confirmed 48 partner developers, including Bethesda, 505 Games, Activision, Capcom, Codemasters, EA, From Software, Konami, Take-Two and more.

Nintendo Switch will be released worldwide in March 2017 for £349. 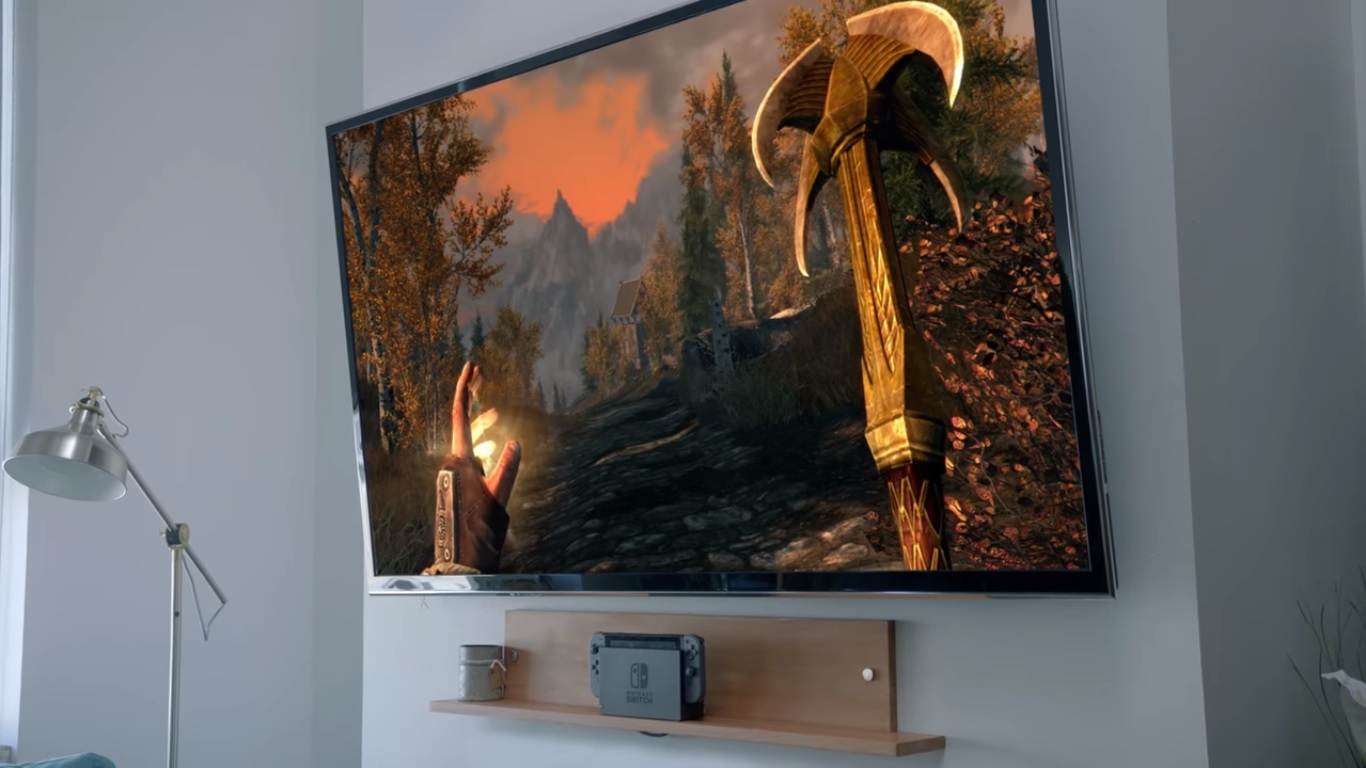