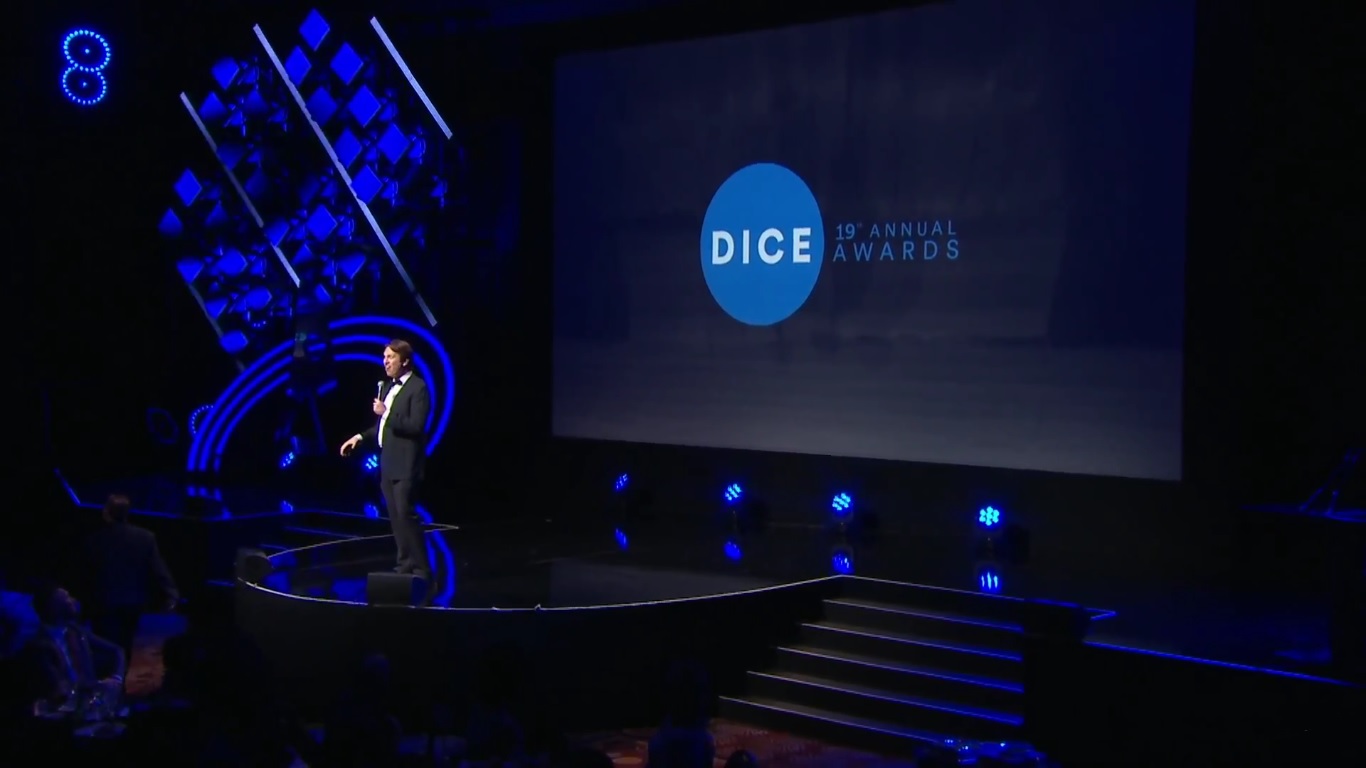 DICE’s 19th annual award ceremony, in collaboration with the Academy of Interactive Arts and Sciences, has just been held on the 18th February.

A total of 53 games received nominations for a variety of awards, including the typical Game of the Year and genre- specific awards, as well as Hall of Fame and Lifetime Achievement awards.

The event was hosted by some major industry names, such as Psychonauts’ creator Tim Schafer. It was also jointly hosted by film director and Hideo Kojima collaborator Guillermo del Toro.

The big winner of the event, taking home the coveted Game of the Year award was Fallout 4. Bethesda’s latest entry in their reboot of the classic post-apocalyptic RPG beat stiff competition in the form of The Witcher 3, Rise of the Tomb Raider, Bloodborne and Ori and the Blind Forest.

Hideo Kojima was inducted into The Academy of Interactive Arts and Sciences’ (AIAS) Hall of Fame. The accolade was presented to him by Guillermo del Toro, who collaborated with him in a cancelled Silent Hills project. The president of the AIAS, Martin Rae, said that Kojima has shaped much of the videogame industry’s approach to both cinematic storytelling and player engagement.

The award has previously been given to the likes of Leslie Benzies and Dan and Sam Houser of Rockstar, Gabe Newell of Valve and Shigeru Miyamoto. Miyamoto himself was honoured with the Lifetime Achievement Award for his work with Nintendo.

The remaining winners were: