Can Sony and Microsoft agree on online cross-play? 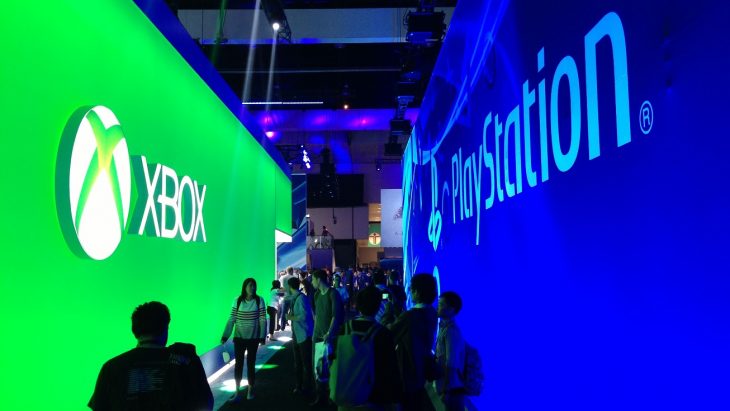 Competition is a good thing, right? Would Federer be the player he is today without Nadal? Would Sir Alex Ferguson’s Man United have claimed their famous treble in 1999 without being pushed to new levels by Arsene Wenger’s Arsenal?

Competition is also supposed to be good for the consumer. It’s one of capitalism’s key arguments – perhaps the key argument. But is it always the case?

Returning to the world of sport for a moment, let’s take a look at BT and Sky’s rivalry over football broadcasting rights. Five years ago Sky had the market sown up. For a subscription fee of around £30 a month viewers could enjoy all televised Premiership and Champions League Matches.

Then BT got involved. They claimed a slab of the Premiership matches and paid an astronomical sum to take the Champions League from Sky. The end result? Consumers who want to watch all Premiership and Champions League matches now have to subscribe to Sky and BT, for a substantially higher sum than £30 a month.

It’s a bit of stretch to say that Sony and Microsoft are the video game world’s Sky and BT. For one thing, competition has clearly been beneficial when we look at the history of console gaming.

Nintendo dominated the market with the NES but Sony’s Mega Drive (Genesis) pushed the SNES all the way. Sony got involved and edged Sega out of the picture but the N64 and Wii kept Nintendo in the game even after Microsoft threw their might into the market.

This was beautifully dramatized in a South Park episode where the friends split into rival tribes as they tried to decide whether to buy an Xbox One or a PS4 and has led to serious discussion about whether cross-platform gaming can take place between Xbox and PS4 gamers.

Microsoft are all for it. Xbox Chief Phil Spencer has said that “the door is open” for Sony and a Microsoft spokesperson confirmed that “we would love to work with Sony to bring players on PlayStation 4 into our united ecosystem as well.”

Sony, however, have not been keen to walk through that door. Why? Sony have given bland official reasons but most commentators assume that their reluctance is because the PS4 is currently winning the console war with the Xbox One, outselling it by 2-1 according to most estimates.

From a business point of view it makes no immediate sense for Sony to team up with Microsoft. Indeed, they can expect to benefit from the status quo. If you are about to buy one of the two consoles and want to play online multiplayer you’re going to pick the console most of your friends own, the PS4, thus widening the sales gap to the Xbox One and increasing Sony’s profits.

In the long run, however, such competitive thinking could damage the console market for Sony as well as Microsoft. The increasing power of cloud computing, allowing online video streaming services like Netflix to thrive, and the burgeoning power of smartphones has led some commentators to predict a near future without games consoles.

Games could be streamed from cloud sites or played on high-powered smartphones hooked up to TVs. It isn’t an exaggeration to suggest that consumers could soon be asking the question: why invest in a console?

Sony and Microsoft have already acknowledged that the market is changing by launching upgraded versions of their flagship consoles, the PlayStation Pro and the Xbox One S (with the even more powerful Xbox One X to follow soon). The upgraded consoles, it’s widely agreed, are an attempt to keep pace with PC gaming and the competition offered by smartphones.

Ultimately, however, Sony and Microsoft may have to work together to ward off the competition. Enabling cross platform gaming would build a more inclusive console gaming community and reward loyal fans of Sony and Microsoft without excluding them from the wider community.

Online gaming is about competition, but cooperative modes also do well. Perhaps Microsoft and Sony could learn something from the approach of their gamers.