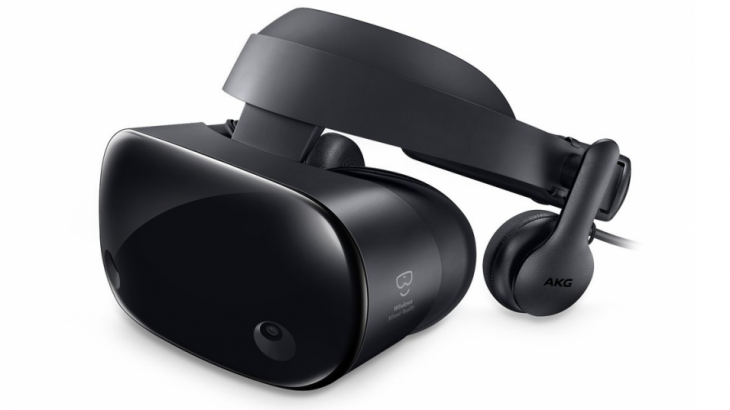 Samsung has revealed their new virtual reality headset, the Samsung Odyssey, which is considered to stand out from the range of Windows VR headsets.

The Samsung Odyssey VR Headset is made for use with Windows 10, and uses OLED display panels, similar to Playstation VR. After a recent leak the headset has been officially revealed, with motion controllers in a bundle worth $500, shipping from November 5, 2017.

One of the things that make the Odyssey headset stand out from the other Microsoft mixed reality headset partners is its resolution of 2880 x 1600, compared to 2880 x 1440 on other competing devices.

Samsung is joining the push for a holiday release date alongside other Windows headsets. All of these headsets, including the Samsung Odyssey, will use Microsoft low-persistence tracking technology. What this technology does is illuminate the pixels on a screen for a fraction of each frame. This eliminates any outdated display data that a user’s eyes would normally see between frames, making the experience far smoother and more efficient.

Other Microsoft mixed reality headsets use impulse backlighting on LCD screens, targeting scenarios for immersive headsets specifically. Therefore the Samsung Odyssey provide a different experience because of the Samsung OLED screens being used in the device. Whether or not this is a better user experience is hard to say until the device is in the hands of customers and product reviewers.

The Samsung Odyssey is said to boast a field of view of 110 degrees, higher than the most common number in VR currently which is 95 degrees. A wider field of view will help users see more without the need to move their head as much, providing a more consistent experience for those using the headsets.

A big difference between current VR headsets and soon to be released high-end headsets like the Samsung Odyssey is an integrated headset. Many believe this is essential for headsets releasing now, something companies such as Sony are echoing with the inclusion of headsets in their new updated Playstation VR headset.