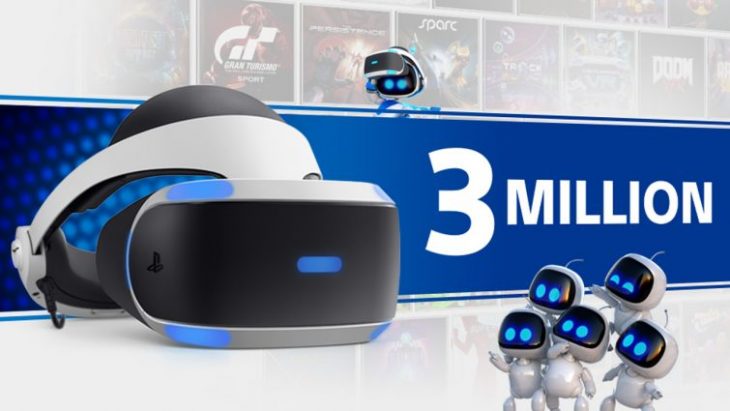 Sony have reported that since PlayStation VR headset debuted in October 2016, it’s sold more than 3 million units worldwide. This shows quite an uptake in sales for this year, which is promising with the prospect of the holiday season approaching.

Within the initial few month on sale PlayStation VR managed to hit 915,000 units sold, a solid start for not only the cheapest, but the first console-specific VR unit in the market. However, at the end of the first year on sale numbers had barely picked up, ending on just over 1 million sales made.

Since then VR products have been discounted across the board, and when Sony implemented their new lower price of $299, making it the cheapest high-end VR headset, sales saw a definite boost.

With a catalog of around 340 games and experiences available to purchase Sony have also announced that 21.9 million PlayStation VR software sales have been made since launch. Over time the hardware has seen the release of many big releases, including Skyrim VR, Doom VFR, and Fallout VR.

Now however games such as The Persistence have proven the high level of quality that can be delivered on the device. The Persistence uses randomly generated levels and enemies to give users a brand new experience each time they play, making maximum use of the headset’s capabilities.

The 10 most-played games on PlayStation VR have been revealed by Sony as the following.