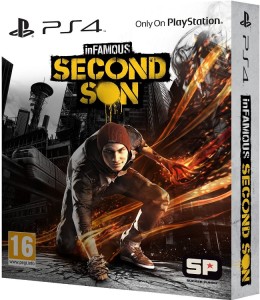 infamous Second Sun, is 2014 version of well-known franchise inFamous. The story isline is n 2016 in Seattle, seven years after Infamous 2, with Cole MacGrath who was trying to save the humanity of some plague. In this series, the US Government has founded a so called Department of United Protection (D.U.P.), which has mission to catch all the remaining conduits. infamous Second Sun main character Delsin Rowe, has an incredible ability to absorb power of other super-humans to increase his own power.