Xbox One exclusives to release on Xbox Game Pass at launch 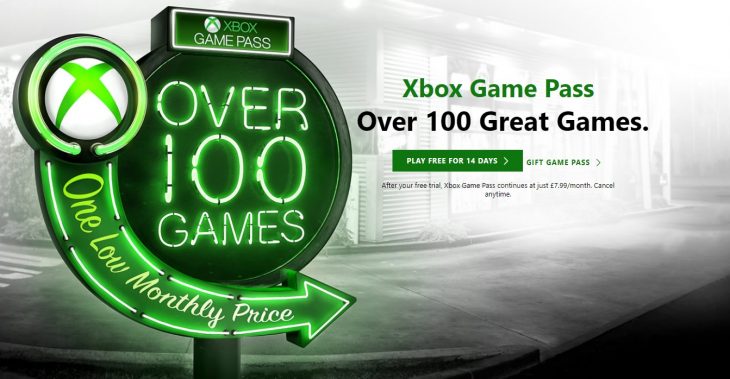 Microsoft has announced that they will be expanding the range of games on their subscription service, the Xbox Game Pass, to include more first party exclusives as they release.

The Xbox Game Pass is a monthly subscription service that allows subscribers access to 100 Xbox games, which are changed over time in order to keep them fresh. Subscribers have unlimited downloads and so can play all 100 games if they want, but now it looks as though subscribers will be able to play a new range of games being added to the Game Pass, brand new Xbox exclusive releases.

Other games that will be releasing on the Xbox Game Pass subscription at the same time as at retail are Crackdown 3 and State of Decay 2. These are three hugely anticipated exclusives which are being made available as part of the Xbox subscription service rather than an early access program. In comparison Sony has nothing of the sort that even comes close to what Microsoft is offering with their exclusive titles, and most games on Playstation Plus are usually at least a year old.

Phil Spencer hinted at the future of Xbox Game Pass and exclusive first party releases coming to the service as they launch. He said that new iterations of future unannounced titles from Microsoft Studios would be included, noting the Halo series, Forza Racing games, and the Gears of War franchise.

Spencer said that they have only begun to scratch the service with what is possible with the Xbox subscription service. Adding that Microsoft believe that the Xbox Game Pass is a catalyst for developers and publishers that will innovate how they create and distribute games.

The Xbox Game Pass rotates which games are available on a monthly basis, but these new releases will most likely be added outside of that rotation as and when they release.