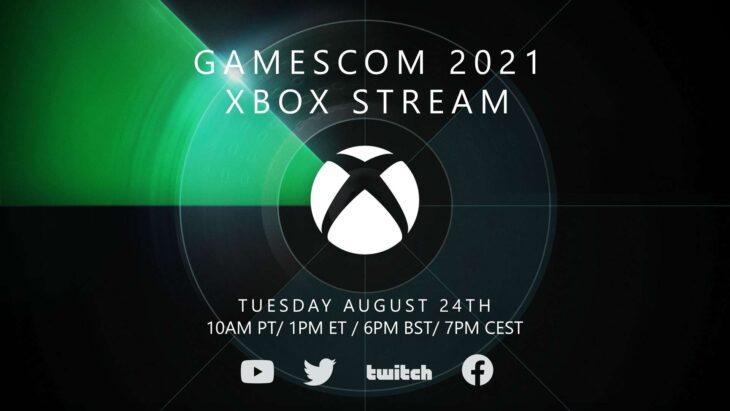 Microsoft has confirmed the dates and times for the Xbox streams that will take place over the course of Gamescom 2021. This year’s event, just like last year, will be purely digital as the world slowly opens back up after the pandemic.

You can tune in and watch the Xbox stream from August 24, 2021, at 6PM BST. This is the opening stream for Gamescom 2021, and things won’t really kick off until the Opening Night Live ceremony, which will happen on August 25, 2021.

However, August 24 will see members of the Xbox community discussing upcoming Xbox games under the Xbox Game Studios umbrella. Titles such as Psychonauts 2 will take center stage, but others that are due to be released in the lead-up to Christmas will also be a major focus. Microsoft is keen to remind fans that there are some great games coming out soon and wants to push them for the holiday season.

Geoff Keighley will present Opening Night Live and the Bethesda MainStream. This will be a Bethesda-focused stream that will cover everything that Bethesda is working on. The two major games on show will likely be The Elder Scrolls Online and Fallout 76.

However, since Arkane Studios is also under the Bethesda umbrella, Deathloop will probably be a big part of Bethesda’s show. The game is one of the most highly anticipated of the year, particularly for PS5 fans. Any new gameplay and news on it will be eagerly gobbled up by viewers.

Finally, Bethesda will probably put some of its time on Starfield. The game is said to be the company’s next release, though there aren’t that many details on it out there. By presenting something on Starfield, Bethesda can start to get people excited for the game’s release.

The last part of Microsoft’s Gamescom experience is a special online Xbox FanFest event on August 26. There will be a number of activities for fans to take part in digitally. While it won’t make up for the physical event’s exciting activities, it will go some way to helping fans feel engaged with the company.

In addition to all this, there’s going to be a sale on the Microsoft Store during Gamescom, with prices being slashed by up to 75 percent for those who want to pick up some of the biggest games of the year.