Konami has revealed new details about their next Metal Gear game, Metal Gear Survive. This will be the first game in the series to be produced without the creative mind of renowned director of the game, Hideo Kojima. Kojima left Konami last year and has since opened his own studio, working on very different games.

Metal Gear Survive is set to be a spin-off in the Metal Gear Solid universe much like the Metal Gear Acid games or the bonus missions set within other titles in the series. The game takes place after the events of Metal Gear Solid: Ground Zeroes, when a wormhole appears just after Mother Base is destroyed, sucking up people and parts of the base.

Players take on the role of an as of yet unnamed mercenary who escaped being sucked into the wormhole, but gets sent there by a mysterious company 6 months later anyway. The character is sent to an alien world where many of the people who were transported there from mother base are either eeking out a meagre existence in the shell of the destroyed Mother Base, or have been transformed into hideous monsters.

The gameplay revolves much more around survival than it does stealth, which is a first for the series. Players need to craft items to fortify and defend their base, as well as collecting crafting materials and animals in order to feed the growing number of survivors in the camp surrounding Mother Base. The crafting system looks to be open for players to try as many new things as they want, but powerful weapons require crafting items found only in multiplayer.

Around Mother Base there is a thick fog of poison that players must traverse with oxygen packs. Here they can find the various monsters with crystals sticking out of their heads that are constantly hunting the survivors of Mother Base. However, players will also find new survivors on these excursions, which can help them grow their base and achieve far more in less time.

The game features online co-op multiplayer in which up to four people can work together to take down hordes of enemies. These matches will earn crafting items to create weapons in a player’s own world, which will help them improve their ability to explore and defend their own base.

A single player campaign is also included in the game, with full missions and side missions available that will earn different rewards to aid the continuation of camp building and defence. Konami also announced in this trailer that there will be an open beta for Metal Gear Survive in January 18 to 21. They didn’t confirm whether that would be purely online multiplayer of part of the core game itself.

Metal Gear Survive launches on Playstation 4, Xbox One, and PC on February 22, 2018. 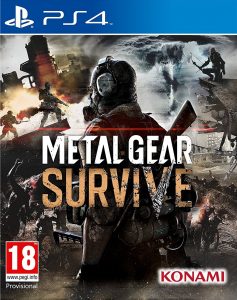 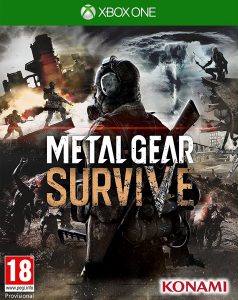