Toys R Us to survive as bankruptcy auction gets cancelled 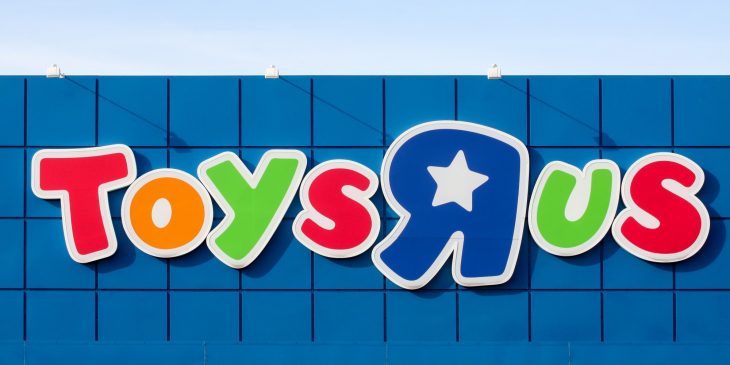 It’s been announced that the debtors of Toys R Us have cancelled the upcoming bankruptcy auction which would’ve sought to retrieve debts owed by the company.

Toys R Us was a toy and game retailer, prominent in both the US and the UK. Most stores were located on industrial estates or business parks, out of the way of the high street, which proved to be to their benefit for a long time. However, as has been the case with a number of long-running physical retailers, Toys R Us succumbed to the ever-growing offerings of the high street and starkly more convenient online retailers.

Toys R Us filed for Bankruptcy in 2017, and began closing a number of stores throughout the US before liquidating the US division of the company entirely. The business then set about trying to sell off the UK division, attempting to save as many UK jobs in the process as possible. Unfortunately Toys R Us was unsuccessful in finding a buyer for the UK division and subsequently entered administration in February of this year.

While the company previously planned to sell off all assets of Toys R Us, as well as the Toys R Us and Babies R Us brands, a court filing seems to show that there are plans to bring these back from the brink. In addition to the two main name brands the website domains, registry lists, and the IP for Geoffrey the Giraffe also seem to be included in the plans for revitalisation.

The debtors of Toys R Us have formed a plan to bring the company back as a branding firm, one which will handle the existing global license agreements. Debtors have suggested that this plan may eventually allow Toys R Us to open brand new stores and invest in establishing itself once more as a physical retailer. This plan is not just limited to one division either, the debtors plan for Toys R Us to return worldwide.

According to the filings from the court the bids expected for Toys R Us assets weren’t sufficient for probable economic recovery, meaning that the losses the sale seeks to recover would not be met. It’s expected that both creditors and stakeholders in Toys R Us will see more of a benefit from the brands being maintained under the newly independent Toys R Us name.

Related Topics: Toys R Us
By Admin in: Wholesale Games Industry and Market News on October 3, 2018 at 4:20 pm