The Elder Scrolls Legends will be only on cross-platform consoles 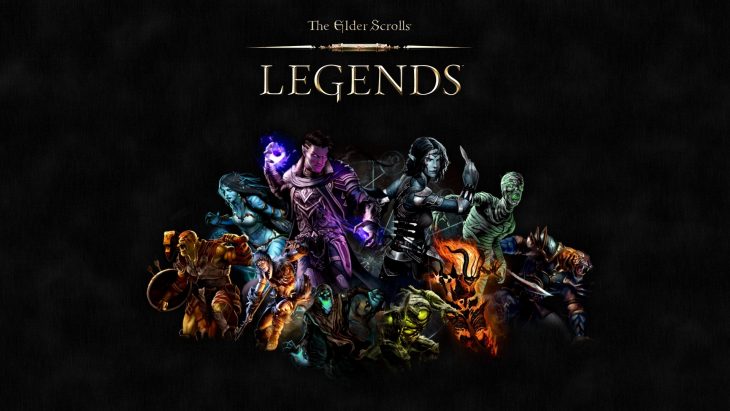 Bethesda say The Elder Scrolls: Legends will release only on consoles that allow crossplay with others

At this year’s E3 Bethesda announced that The Elder Scrolls Legends, a strategy card game based in the Elder Scrolls universe, will be coming to home consoles, including the Nintendo Switch. However, at Quakecon 2018 Pete Hines, Senior Vice President of Global Marketing and Communications for Bethesda, told Game Informer that the company was only going to release the game for consoles that allow cross-play.

Cross-play allows players of a certain game to interact with those on other platforms, between Xbox One and Nintendo Switch in Fortnite for example. This also requires the game’s user accounts to be interchangeable between platforms, letting users access any additional content they have purchased on whatever device they login to.

While most platforms allow cross-play Sony came under fire from both players and press recently when it became obvious that they wouldn’t allow players of Fortnite on PlayStation 4 to login on other devices, or even play with players from other consoles such as the Nintendo Switch. In a statement following the event Sony said that they were exploring ways to make this possible for PlayStation 4 players, but they also said that their issue with cross-play was players being able to take content they have paid for on another system, and use it on theirs.

Pete Hines told Game Informer that Bethesda’s intention with The Elder Scrolls Legends is that it will be a single and multiplayer title that can be accessed across all systems it’s released on. Currently the game allows players on mobile and tablet devices and PC to interchange between whatever they want to play on, and interact with players on each of those platforms. He added that it doesn’t matter to Bethesda where players buy their additional in-game content, it can be accessed from wherever they play.

When pushed for a response as to whether the game will release on PlayStation 4, Hines said that Bethesda were continuing to talk to all of their platform partners. However, he also stressed that the cross-play functionality was non-negotiable.

Bethesda’s viewpoint makes sense for a game like The Elder Scrolls Online. Since the game can be played in quick matches on the go, or for long sessions at a time, it makes sense to be able to play it on a mobile device and PC. Likewise, it would make sense that on consoles players could take the profile they’ve built up on a mobile account and spend more time with it on their favourite device. Whether this changes Sony’s position on cross-play, pushing them to begin to allow it for certain games, remains to be seen.