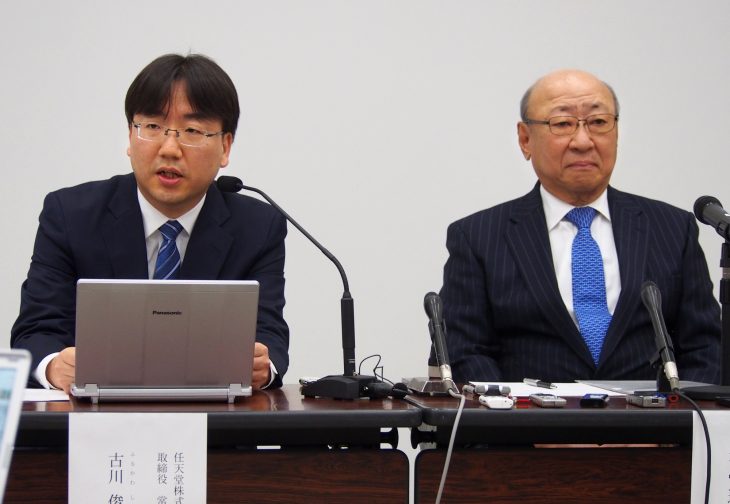 Current Nintendo President, Tatsumi Kimishima, has confirmed a date for his retirement, June 28, 2018.

When Kimishima leaves his role he will be replaced by Shuntaro Furukawa, but Kimishima will remain in an advisory role. Furukawa is 46 years old and joined Nintendo in 1994 when he worked as Managing Executive Officer. He’s also been in the roles of Supervisor of Corporate Analysis and Administration Division, and for the past two years he’s been director of Nintendo.

Nintendo are eager to point out that Kimishima’s departure form the role of President has nothing to do with his performance. Instead Nintendo believe they need a younger President who will be able to better understand the company’s customers.

Furukawa told press during a conference that he plans to develop Nintendo to its fullest. He added that his approach to the role of President will be one of balance, taking into account the traditions already in place at Nintendo, including originality and flexibility.

Kimishima became the Pokemon Company’s CFO in 2000, after a lucrative 27 year career in banking. He then moved on to be President of Pokemon USA, helping run one of the most successful Nintendo franchises out there.

During his time with Nintendo Kimishima has seen and been part of many great things that the company has achieved. The launch of the Nintendo Wii, Nintendo’s current best-selling console based on lifetime sales. He also oversaw the launch of the nintendo Switch, acting as a key figure in the lead up and continued support of the console, which could well out-perform the Nintendo Wii given current sales. It was kimishima who helped spearhead the very recent move for Nintendo into the mobile market with apps such as Animal Crossing Pocket Camp, which are proving to be extremely popular.