Microsoft has revealed that they expect shortages of Xbox Series X and S stock until Q2 of 2021.

Tim Stuart, Microsoft’s CFO, spoke about this during a talk at the Jefferies Interactive Entertainment conference. He was referring to the company’s previous statements on the matter of hardware shortages leading up to the holiday season.

He explained that he believed that there would be shortages in supply for the foreseeable future, citing Microsoft’s Q3 and Q4 as key areas. He went on to say that from Q2 2021, the company should be seeing their supply chain moving at full speed once again as we enter the pre-summer months.

Stuart outlined how supply is being cranked up over the next six months so that it will be meeting the demand for consoles by Q2 2021 at the latest. The company is eager to serve fans, and this is how they’re going to do it.

This news comes off the back of what Phil Spencer, Xbox’s Head, said about declaring a winner of the next-generation console launch this year. He said that he is disregarding any comments about a clear winner in light of the fact that both consoles are already sold out. No new consumers can pick up a console, so there’s really no way to track who has won anything.

Spencer also said that demand this Christmas is going to be dictated by demand. There’s so much demand already, and that’s only going to increase over the next month or so. The task for both Sony and Microsoft now is to rise to meet that demand.

So far the Xbox Series X and S have launched worldwide. They’ve been extremely well-received, despite the lack of a new Halo game. The PlayStation 5 launched for most of the world on November 12, but will launch in the UK on November 19.

With pre-orders gone within minutes of going live earlier this year, it’s expected that any additional stock allocations for these consoles will soon be out of stock once again. The PlayStation 5 in particular has very limited additional stock on offer, which is why so many retailers have told consumers that they can only meet their pre-orders. 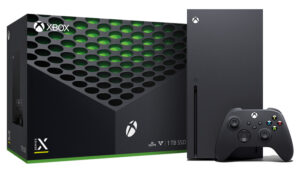 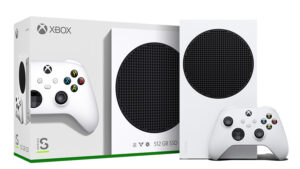