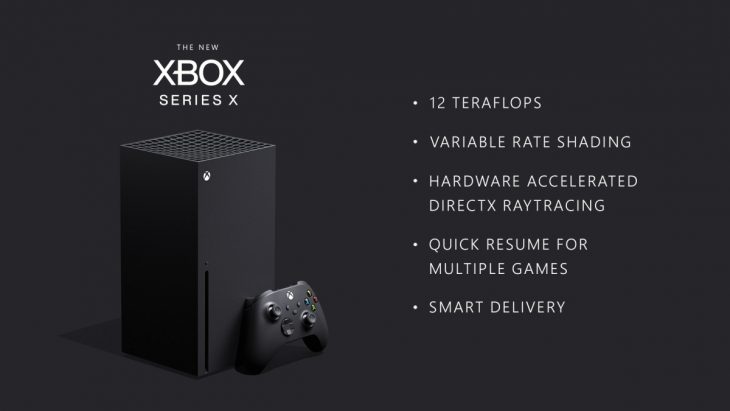 This week Microsoft has quietly revealed some new details about the Xbox Series X, confirming a few assumptions some people had made about the upcoming console.

In a post on Xbox Wire, Xbox Head Phil Spencer explained that the Xbox Series X has been designed with the mantra of more playing and less waiting in mind. Many of the console’s features were built around the concept of getting more time in games as opposed to waiting around for them to install or update.

One new feature is called Quick Resume. This will allow users to store games in a state of suspension, precisely where they left off. In an instant, users can jump back into a game they were in the middle of playing a few hours ago. This feature will be useful for anyone who enjoys playing online games, but has single-player games that they play on the side during server maintenance.

Spencer also confirmed that the Xbox Series X is going to support HDMI 2.1, much like the Xbox One X. This will allow the console to automatically set the connected monitor or television to the best mode for playing, allowing for low latency and synchronized refresh rates.

In addition to these features, Spencer confirmed that the Xbox Series X will use SSD storage, support 120 fps, and have optimized wireless connections between the unit and the Xbox Wireless Controller.

Moving on, Spencer described how the Xbox Series X uses 12 teraflops of GPU, which is twice that of the Xbox One X, and more than eight times the power of the original Xbox One model.

The biggest new feature that Spencer discussed was Smart Delivery. While this isn’t a physical part of the Xbox Series X, it is an important part of Microsoft’s plan for Xbox moving forward. Smart Delivery makes it possible for anyone who owns a copy of a game for Xbox One X to get the Xbox Series X version for free when they upgrade.

While the feature is only guaranteed for first-party games, it has been made available for all third-party developers and publishers. CD Projekt Red will be taking advantage of Smart Delivery with Cyberpunk 2077. The game launches for Xbox One X on September 27, 2020, and anyone who purchases a copy will be able to upgrade to the Xbox Series X version when they pick up their new console just a few months later.

US game sales chart sees 3 percent rise in May 2021

This year, Xbox and Bethesda teamed up for their E3 2021 showcases. In this article, we’ve brought…

Over the weekend, Ubisoft held its annual E3 showcase, Ubisoft Forward, for E3 2021. The show contained…