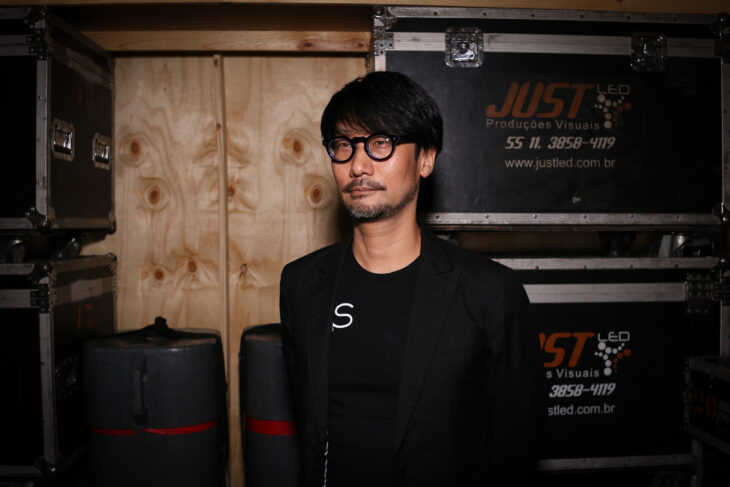 Having just recently being induced into The Academy of Interactive Arts and Sciences’ Hall Of Fame at the 2016 DICE Awards, Hideo Kojima spoke of his future projects in store for him, after his infamous departure from previous employer Konami.

In an interview with GameSpot, the famed Japanese producer of Metal Gear Solid spoke about his future and his new partnership with Sony.

This new “restriction-free” deal has followed on from Kojima’s creation of his self-titled Kojima Productions firm. After his 30 year-long stint at Konami, he decided against taking even just a year’s hiatus, for fear of getting “rusty.”

He said that he has received a high amount of pressure from his peers and fans. Kojima said that he has been expected to produce a game that “goes over perfect scores.” With this pressure in mind, he has decided his next project to be something “edgy,” a decision that came to him naturally.

The expectations resting on Kojima after his career behind the critically acclaimed masterpiece series Metal Gear Solid are staggering. He said that he feels great pressure from his staff members, fans and Sony to produce something special. He said that this burden means he can’t do anything too extreme in his latest game, although he is keen to say that none of this will affect the content of his subsequent release.

He has stuck to this principle ever since the Metal Gear series was received to high praise. After the success of the first Metal Gear game, Kojima had to build upon his achievements. Since producing Metal Gear Solid 2, Kojima has made it clear that changing his vision for profitability.

Kojima’s latest IP, of which there are no current details, is planned to be something big enough to have the potential to become a new series, although he has no idea whether his latest IP will become a serialised game. However, Kojima does that his new IP could go on to produce merchandise in anime, manga and figurines.

The scope of Kojima’s new game is inevitably going to aim high in its scope. Freedom, interactivity and a strongly dramatic story will remain at the core of his production. He admits that it would be easier to focus on just one of storytelling or gameplay, yet the high fan expectations and support from Sony means that he will likely produce a large-scale game.

Hideo Kojima’s next game after having left Konami will likely remain shrouded in secrecy for some time yet. News of the new IP will be reported when it breaks.