FTC calls out Sony, Microsoft, and Nintendo on warranty practices 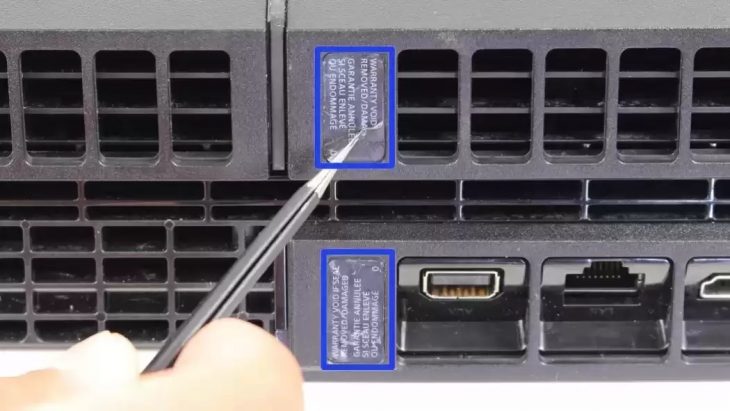 Sony, Microsoft, and Nintendo were put on notice in April by the Federal Trade Commision (FTC) because they have been telling consumers that getting their electronic devices repaired by a third-party service will void their warranty on that device. This mainly refers to the stickers found on games consoles that state ‘warranty void if removed’.

A total of six companies have been warned and put on notice by the FTC; Sony, Microsoft, Nintendo, HTC, ASUS, and Hyundai. Legal action may be taken against these companies by the FTC if they do not change their warranty policies in the 30 days following letters sent to them by the FTC’s Associate Director Of Marketing Practices, Lois Greisman.

While the practice of using the aforementioned stickers is part issue, the FTC has also reviewed the language in each company’s website relating to warranty, finding that it infringes on the 1975 Magunson-Moss Warranty Act. The FTC have told each company in their letters that legal action will be taken should the documentation not be rectified, and injunctive and monetary remedies may be taken if they aren’t.

The act in question, the 1975 Magunson-Moss Warranty Act, stipulates that no repair stipulations may be put on a product the manufacturer is offering warranty on by the manufacturer if the charge for that product is over $5. While Apple are missing from the list of companies being warned they too are guilty of attempting to steer consumers away from having devices repaired by third-parties.

In their warranty language Microsoft remove themselves from any responsibility of a device is repaired by anyone other than them. This type of language, the FTC points out, is illegal. The FTC also ensure that Sony, HTC, and ASUS were made aware that the ‘warranty void if removed’ stickers are illegal and something they are very concerned about.

No doubt the FTC will take serious action should these companies not rectify their activity. This news calls into question how much money has been lost by sending consoles and devices to manufacturers at great expense, when in reality a high-street shop should have served just fine. Since the news has been made public consumers should now find it far easier to have their devices fixed, something that was a particular problem for the Xbox 360 with its Red Ring Of Death.