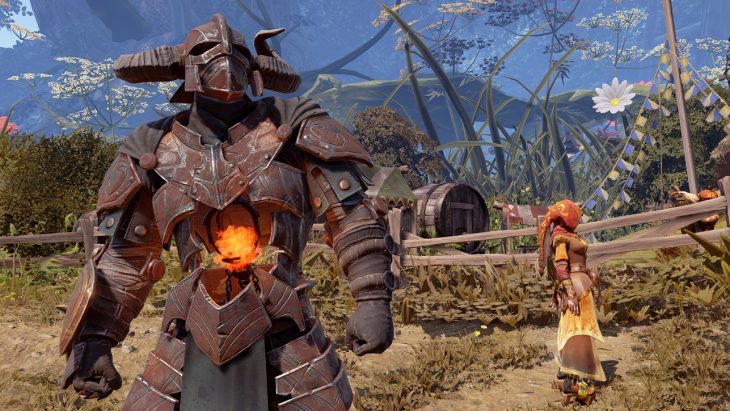 The Fable series has seen the games change from decision based intense open world RPG to Kinect exclusive title, and finally a MOBA before being totally cancelled.

It seems as though the series isn’t as dead as people believe as Phil Spencer has commented that it still had a lot of places it could go. He said on Twitter that there was nothing to announce at the moment, meaning a possible reveal for E3 if the project is in a fit state to be shown.

@dragen_Light Nothing to announce right now but I do think the IP has a lot of places it could go.

Fable released for Xbox in 2004 and received high review scores thanks to its use of player choice. The decision players made throughout the game would affect the outcome of each situation in different ways, as well as the appearance of the main character. This system was new and interesting, and led to the game releasing in an extended edition for both Xbox and PC the next year.

Fable 2 was the highly anticipated sequel, releasing for Xbox 360 in 2008. The game extended the universe and added a number of new systems for players to use as they explored, completed quests, or simply had fun messing around on the game. Flirting with NPCs could lead to same sex marriages, unprotected sex could lead to children who run off to become adventurers, and there was even co-op.

Fable 3, which released for Xbox 360 in 2010, built on the standard set by Fable 2, a favourite among fans, but fell short of the mark. This was the first game that allowed players to begin as the king, and as such had them making important decisions for the entire kingdom.

Fable Heroes released for XBLA in 2012, and was a beat-em-up spin-off of the franchise. The final game in the series so far, Fable: The Journey, was a Kinect exclusive title and released in 2011. While Fable: The Journey won award for its use of motion control, its story was separate from the main games, meaning no progression has been made since Fable 3.

Fable Legends was a MOBA game being developed by the studio behind Fable, Lionhead Studios. Unfortunately Microsoft closed the studio and the game was never finished even after being in closed beta for a while. This seemed like the end of the Fable universe, but now it looks like Microsoft has plans to revitalise the series.

Related Topics: Fable, Lionhead Studios, Microsoft, Phil Spencer
By Admin in: Wholesale Games Industry and Market News on May 4, 2017 at 12:10 am