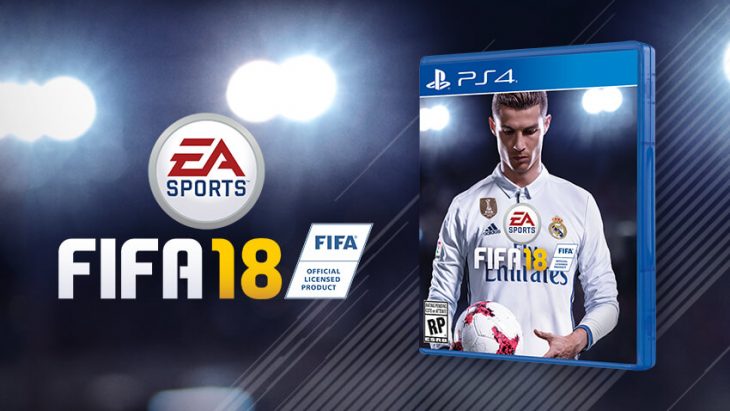 Electronic Arts has revealed the latest installment in their long standing football series, FIFA 18, set for release on September 29, 2017. EA release a new game in the series each year with new innovations on the classic football genre.

FIFA 18’s cover player this year is Christiano Ronaldo, who is also the namesake of the game’s limited edition, the Ronaldo Edition, which will give players who pre-order the edition 3 days early access as well as up to £40 worth of FIFA Ultimate Team kits. The terms of this early access haven’t been completely revealed as of yet, but it will most likely be access to exhibition mode, in which players can compete with each other online and through local co-op.

The FIFA series has always been the most popular football series in video games, way ahead of the other popular football game, Konami’s Pro Evolution Soccer, which has had significantly less volumes of sales in recent years than FIFA. Each game in the series consists of two distinct modes at least, Exhibition and Seasons. In Exhibition mode players can arrange matches between two different teams and play them out, or they can play with another gamer in the same room as them. Season mode takes players into the career of a football team, where they can success and make it up to the Premier League, or forever remain in the lower rungs of the football league table.

Later FIFA titles have added online gameplay elements such as multiplayer and FIFA Ultimate Team. The online multiplayer element gives players the chance to play against those better than the AI the game has to offer even on harder settings.

FIFA 17, last year’s title, was the first to include a story mode. In this mode players take on the role of an unknown footballer who has just made it into a local team, and play as them all they way into the premiership where you can have them win every title imaginable.

Fifa is one of the most successful video game series in recent years. Each release has been in the top 10 of the best selling video games throughout the last several years. This is one of the very few titles that needs to be pre-ordered in most quantities, if you manage to pre-order stock for good price. Pre-orders are currently available at selected wholesalers and distributors.