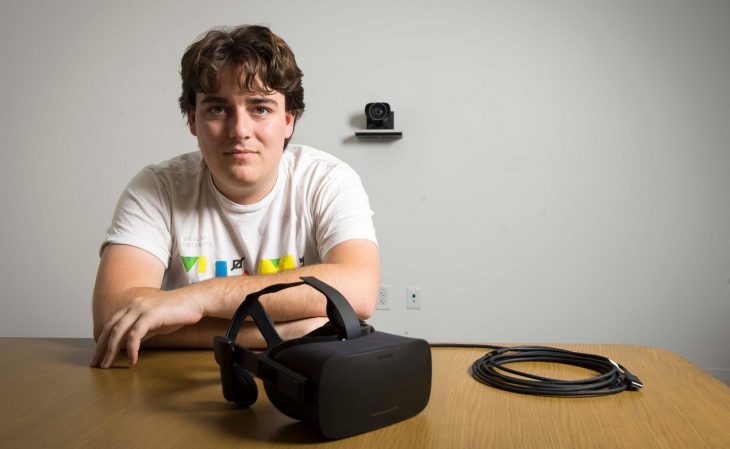 Palmer Luckey, founder of Oculus VR, is now hiring for a new defense company he is helping to lead, a stark contrast to his work in virtual reality technology.

Luckey, along with the new company, argue that the defense industry has stagnated and that there isn’t enough focus on creating new technologies that can be implemented for a military purpose, as well as outside of the military sector.

The new company is called Anduril, named after the reforged sword of Aragorn in The Lord of The Rings Trilogy. While this may simply be a play on words by Luckey it does indicate that he’s making a comeback, reforging his strategy in order to implement them better using channels that are more open to his ideas.

Anduril will focus on creating new innovative technologies quickly, with a focus of virtual and augmented reality and the possibilities those technologies present. The company’s fundamental pillars are that they are mad scientists obsessed with building the future, that they’re a product focused company, they’re brilliant, patriotic, and dedicated engineers, and that they will produce privately funded innovation.

Luckey’s move to a military career is made even more bizarre by the juxtaposition of him as a leader, a man who is responsible for some of the most unserious moments in virtual reality’s history. Namely his photo with the Oculus Rift on the cover of Time Magazine. However, Anduril does give him a way of staying out of the public spotlight, which has become more and more important as controversy about him built when he helped fund an anti-Clinton meme campaign.

Currently little is known about the projects Anduril is working on. What is known is that some former Palantir engineers have been brought on as COO and CEO. Co-founder Trae Stephens, another Palantir engineer, worked on the transition team for the Department of Defense for the Trump Administration. At one point Luckey was interested in using virtual reality technology for border defense, but only time will tell if this or any other military VR technologies come to fruition.