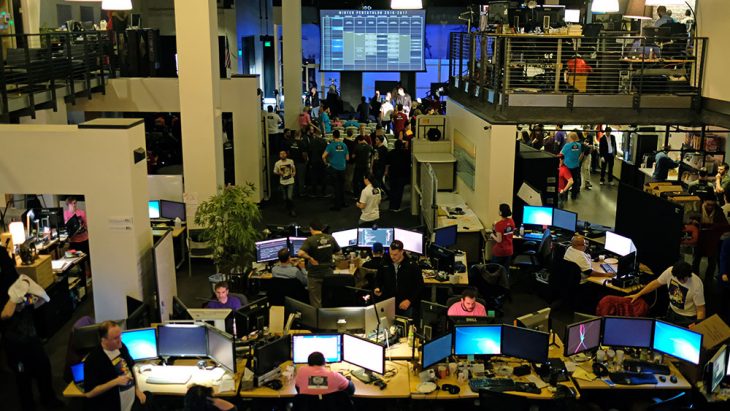 Bungie has announced that they had split with Activision after nearly 10 years of partnership. Bungie’s flagship IP, Destiny, will remain with the developer and enter fully into their control.

Kotaku have reported that the news was broken to employees in the form of a celebration. Apparently some staff popped champagne they were so delighted to be leaving the partnership, which has seemed to be very rocky if not toxic over the years.

In a blog post Bungie said that they were excited for the future, in which they would be publishing all future Destiny content by themselves. They thanked Activision for their work and help with Destiny in the past, and are excited to see what they do with a renewed focus on their own IPs.

The Destiny franchise had a rough start, with fans complaining of repetitive gameplay and too much emphasis on microtransactions. Over the years the game has changed entirely, particularly in Destiny 2. Last year’s expansion, Forsaken, marked the best content drop for the game yet, which players are still enjoying now. However, the expansion failed to meet Activision’s sales targets, leading to news stories about Bungie’s happiness with the launch of Forsaken, and Activision’s disappointment.

Activision have announced that Destiny 2 will remain in the Battle.net launcher, and the transition of property is already underway. As far as Destiny 2 is concerned, the content roadmap outlined last year will still be followed with no changes. The future beyond that however, is now completely up to Bungie.

With a new game in development, with a $100 million investment from NetEase, Bungie seems to have a bright future ahead. It’s almost certain that the developer will continue to create DLC and expansions for Destiny 2, and eventually release Destiny 3 when a new generation of consoles comes around.