Battle for Azeroth fastest-selling expansion for World of Warcraft 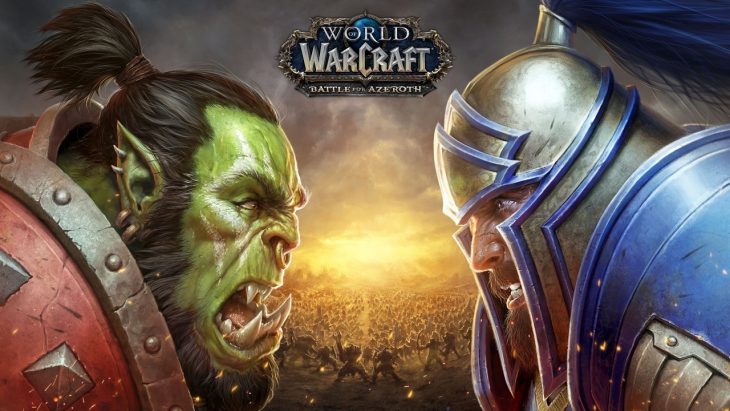 Blizzard has reported that Battle for Azeroth, the latest expansion for the popular MMO World of Warcraft, is the fastest-selling they’ve ever had. The expansion has been out for just over a week but is already performing far better than the previous ones.

In its first day on sale World of Warcraft: Battle for Azeroth, sold 3.4 million copies worldwide. Not only does this make it the fastest-selling expansion for World of Warcraft they’ve ever released, but it also makes it one of the fastest-selling PC games to date. The only PC game they’ve seen sell faster than Battle for Azeroth is Diablo 3, which racked up 3.5 million copies in its first day on sale back in 2012.

The last expansion for World of Warcraft, Legion, managed to match the record for launch-day sales of 3.3 million when it released. The expansion also saw the highest concurrent player numbers in a launch week since the very first expansion for the game was released, Cataclysm, in 2010. Unfortunately Blizzard haven’t commented on the player count for the Battle for Azeroth expansion, leading some to believe it isn’t quite as impressive.

Recently Blizzard altered the way new players entered World of Warcraft. Before a new player would need to buy the base game, and the new expansion if that’s why they wanted to start playing, and then start a monthly subscription. Now Blizzard is giving the base game of World of Warcraft away for free with every new subscription, so new players need only start their subscription and purchase the expansion they desire. This makes the game a little more accessible, even though it’s still one of the few MMO titles on the market that has a monthly subscription fee.

Blizzard CEO, Mike Morhaime, told press that the company were really excited to see players jump into this new expansion. Battle for Azeroth is a defining chapter for the game’s two factions, Horde and Alliance, as the conflict comes to a new crescendo. He added that the launch of the expansion is simply the start of it, letting players get to know the new area and complete the many new quests available to them.

In future weeks and months Blizzard plan to support Battle for Azeroth with new content and activities that will see the story unfold further, keeping players engaged for longer and hopefully having more fun than with previous expansions.