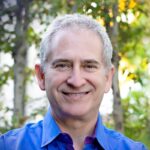 Michael Morhaime is a Co-Founder and CEO of Dreamhaven. He founded the company in 2020. Prior to that he was the President and a Co-founder of Blizzard Entertainment. Mr. Morhaime co-founded Blizzard Entertainment on February 8, 1991, under the name Silicon & Synapse with two other graduates of UCLA, Frank Pearce and Allen Adham.

Mr. Morhaime is Jewish. He was born November 3, 1967, graduated from Granada Hills High School in 1985, and received a bachelor’s degree from UCLA in 1990.