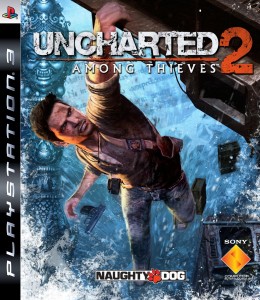 or Register.
Uncharted 2: Among Thieves is a 2009 sequel to the original Uncharted: Drake’s Fortune, which was first released in 2007. It is an action third-person shooter, developed by Naughty Dog, which won numerous awards and was named one of the best games of 2009. The game play is about Nathan Drake, who tries to solve the mystery of Marco Polo’s last voyage, and earn himself a fortune in treasure at the same time. Uncharted: Drake’s Fortune was of the first games to show the power of PS3, and this sequel is still a giant step forward. Nathan Drake has good controls, can jump, climb, is equipped with firearms, including few grenades. He can pick up more weapons. The enemies are also well equipped physically and with ammunition. The game offers very high quality graphics for its time, and still can offer interesting gaming for an enthusiast. Although the game obviously has less demand than later releases of the sequel but still may have some sales due to lower price.

The Legend of Heroes: Trails from Zero