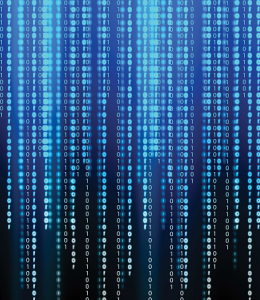 Game Codes, CD Keys, Digital Distribution… these terms are becoming increasingly common and usable in PC and video game business. Instead of selling PC games on a media like DVD disk, more and more of them are distributed digitally through Internet.

PC games are recorded on CDs (or DVDs), and in order to prevent unauthorized copying and distribution, each copy of a game is supplied with a unique identification number, a so called “CD key”. CD keys consist of a combination of 13, 15, 18, or 25 letters and numbers, which are usually printed on a sticker inside a game case or on the quick reference card.

PC games may be distributed online, customers can download them from a website, and they also need to be supplied with unique game keys in order to activate their copy. It makes distribution quite easy, as allows to avoid logistics, picking, packing, and shipping. It also allows to instantly deliver purchases, which makes it more convenient for the end users.

Independent re-sellers have good opportunities to make business on digital distribution. Many suppliers currently obtain game keys for reselling from boxed products. Games get opened and cd keys get scanned and sold through websites. Games can be downloaded for example from Steam, if they are on Steam, and using these game keys can be activated on user’s computers. This practice, although being legitimate, is not encouraged by game publishers. Publishers prefer boxed PC games sold as boxed, not opened and game key sold separately. If a company would like to become a digital distributor, they should contact game publishers and apply to become their authorized digital distributor, if successful, they will get CD keys digitally from publishers.

Another major issue for game companies selling CD keys online is the VAT issue, especially in European countries. Since games are downloaded through Internet, there is no accurate indication and control on where it has been downloaded and hence where the actual sale has happened. This brings an ambiguity in VAT reporting. Since this is quite a new sector, the tax offices of many countries are still working on developing proper reporting and monitoring procedures, and in this transition period many companies may still find it difficult to prove all their sales and VAT waiver claims.

One way or another, whether the game keys are obtained from boxed products or whether they are received in digital form from publishers, selling games online in digital form is a fast-growing sector, and an increasing number of companies get involved. You can find list of major digital distributors and retailers of games in our database.

Related Topics: Digital Distribution
By Admin in: Trade Information on August 5, 2015 at 11:25 pm