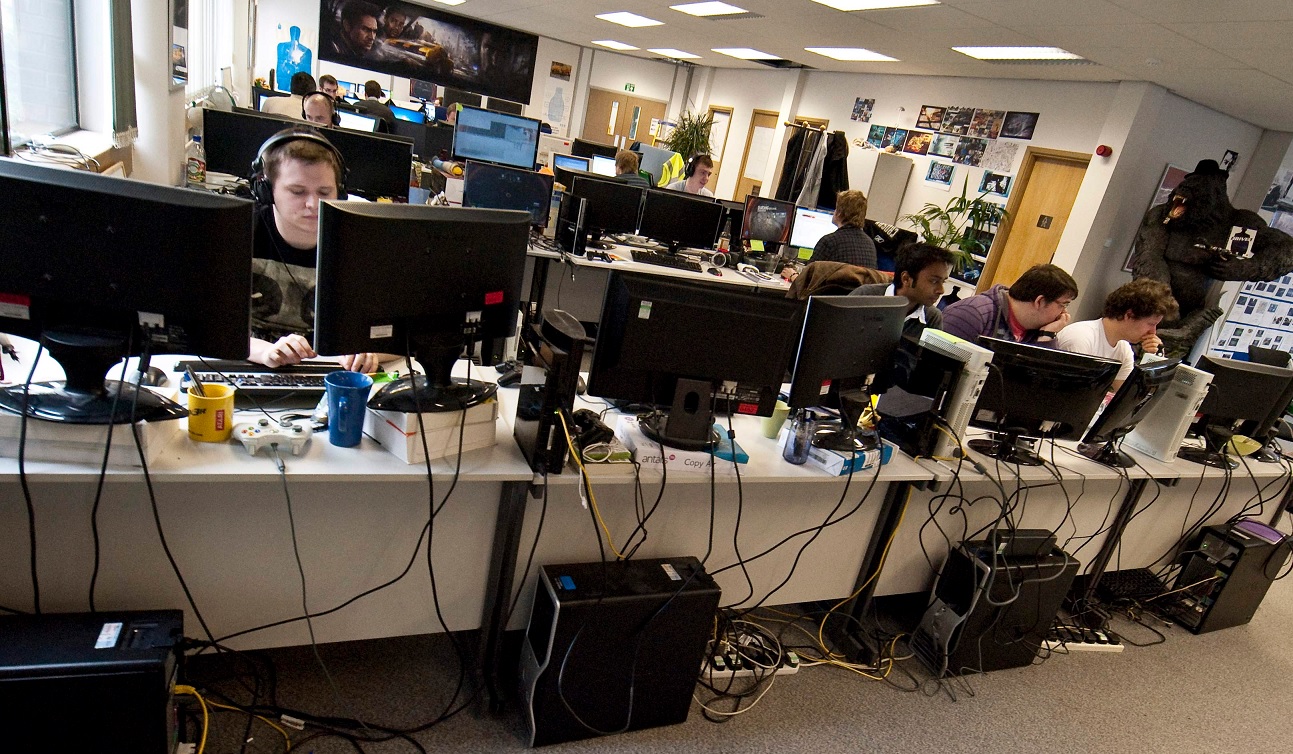 Shigeru Miyamoto of Nintendo once said that “a delayed game is eventually good, a rushed game is forever bad.” This quote is applicable to games like Slain, 5 Nights at Freddy’s World, Assassin’s Creed: Unity, and a variety of other games that were released with plenty of bugs, missing content and/or unsatisfying content at launch.

Yet Miyamoto’s words aren’t exactly the end-all when it comes to developing games.

Duke Nukem Forever took… well… forever to be released. Mediocre gunplay, unimpressive graphics, and outdated sexism were some of the title’s worst sins. Daikatana is another example of longer development doesn’t always mean better, where the game’s initial development cycle of seven months was stretched to three years yet still produced a critical and commercial flop.

The question is how to find a balance for a game between getting it enough polished and tested while still keeping it relevant enough to move enough units to turn a profit.

Setting a Time Limit for Hype

The problem with making a grand announcement too early is exhausting player anticipation for the game. Even the greatest fanfare will eventually die out over time, especially when more than a year passes and followers start moving on to other games. Releasing updates and information related to the game will help extend the game’s presence, but players will only take heed for so long before they eventually lose interest.

On the other hand, releasing a game shortly after it is announced will allow a game to make the most of the resulting hype – feeding off of the buzz coming from an enthusiastic crowd. This is one reason why Fallout 4 did so well, considering that the game launched a mere five months after it was first officially announced by Bethesda Softworks at E3.

A good strategy is that games need to be scheduled to release not too long after they are announced, ideally in less than a year in order to take advantage of the hype that will help move more copies.

The commercial success of games, or of any entertainment industry, reflects what consumers think and feel at the time. Running a development cycle for too long can result in a game that is no longer relevant – maybe even offensive – when it finally comes out.

Take for example Duke Nukem. The naughty sex appeal of Duke Nukem 3D was intriguing back in the mid 1990’s, but the sexual content in Duke Nukem Forever came across as crass and immature in the late 2000’s. Another example is Nintendo’s Miitomo, which leveraged people’s love of memes by allowing users to play around with Miis and create viral photos that have the potential to quickly spread out on social networks like Twitter or Facebook.

A good strategy for developers to look beyond the games that they are making and learn more about what people find relevant. These trends herald the rise – or fall – of tropes, genres and mechanics in gaming.

A particular game may be hot at the moment, but they can only be hot for so long before players get tired of them. This too can happen in gaming as a whole, when even the most passionate of players become tired of a particular genre after encountering so many games of the type.

One example is Final Fantasy XV, where the game was in development for so long that it had to be rebuilt from the ground-up as the traditional JRPG formula of Final Fantasy became stale and irrelevant in the face of RPGs such as The Elder Scrolls, The Witcher and Fallout. On the flipside, games like Pillars of Eternity and Stardew Valley signaled the return of their respective genres – isometric fantasy RPGs and farming RPGs – that lost popularity years before they were released.

Developers need to release their game while the game’s genre is still popular enough – or when player desire for a ‘dead’ genre peaks enough to support a new entry.

Watching Out for Other Major Releases

Releasing a new game right when a major title is also being released is never a good idea, even when there are no visible overlaps between the genres of the two games.

Take for example Rise of the Tomb Raider, which was released right on the same day that Fallout 4 came out. The game came out at a very bad time, as it was sandwiched between Call of Duty: Black Ops III, Star Wars Battlefront, and Halo 5. Square Enix chose to release it on the same day as Fallout 4 with the rationale that Fallout was the game that least crossed Tomb Raider’s genre – but the game’s anemic first-week sales highlighted the dangers of releasing at the same time as a major title. Video games are quite expensive and gamers are not billionaires. If a few good titles are releasing at approximately the same time, a gamer has to make a hard choice which title to spend on the $59.99 saved in his pocket. Some of them might still buy their second choice game may be a week or two weeks after the other major release, but what if other major triple-A titles are releasing already then and this has to push back the buying even further? The pre-Christmas period is quite tricky, although many gamers are spending significant money then, they still cannot buy every title that they want because money is limited.

Developers need to be very careful when choosing the release dates, especially when they have little to no control over adjusting the deadline once it has been set. It is most of the time a strategic decision that need to be made.

Beta testing is not just a glorified marketing tool to drum up interest in a game. It serves an early indicator not just on the features that need to be polished up but on the overall interest in a particular game.

Take for example Final Fantasy XIV. It was a very flawed game when it was released, leading to its closure just one year after its launch. Final Fantasy XIV: A Realm Reborn was a remake of the original from the ground-up – this time with better game design and combat system. The game’s director, Naoki Yoshida, credited this change to accepting the failures of the first FFXIV game and to directly address those failures by interacting with players while ensuring that their voices are head.

Development cycles need to be governed by feedback from the community – preferably while testing instead of after releasing the game, when the damage has already been done.