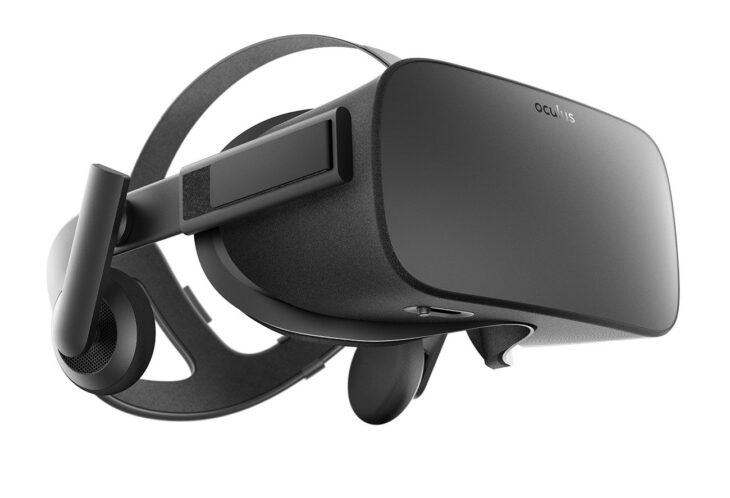 As the Oculus Rift virtual reality headset has just passed its 28th March commercial consumer release date, reviews on the gear have been coming in.

DigitalFoundry made one such review, in which they discussed the pros and cons of the Rift. Their reviewer, Richard Leadbetter, spoke about his lack of captivation on the original Development Kit of the Rift and said that he felt Oculus had ‘a mountain to climb’ to turn the device into a proper, popular consumer item.

Now as the Rift has hit the shelves properly, Leadbetter confirmed that the VR headset has met his expectations, although he does mention some reservations he has about the gear.

Leadbetter said that the physical headset doesn’t quite seem as flashy and well-manufactured as the $600 price tag would suggest. The ‘plain plastics and fabric finish’ aren’t quite up to scratch in his opinion, although he does enjoy the ‘crucial’ lightness of the headset.

The headset itself comes with various features which allow the user to secure it comfortably to their head, as well as removable headphones for audio output. Leadbetter said that he was impressed by the quality of the headphones, and would be happy to use them over his own.

Leadbetter said that he enjoyed the ease of calibrating and configuring the Oculus Rift through the inbuilt setup tool. This initial setup period is quickly followed by short demos that showcase the virtual reality capabilities of the headset, which Leadbetter thought looked ‘really impressive’ and ‘really showcased what this piece of hardware can do’.

The Oculus’ home application is accessible in full virtual reality. Leadbetter referred to this as a ‘Steam-style client’, and described it as ‘really cool’. A number of free activities are available through the home app, such as Pixar-style movies, as well as a virtual cinema that lets users import their own videos—although this is said to suffer from resolution problems.

Speaking on the capabilities of the Rift handling games, Leadbetter said that he went into it concerned about possible setup issues when trying to get games running at the crucial 90FPS. However, he said that—bar a couple of issues—the games on the Rift work capably, describing it as ‘console-like’ and ‘plug-and-play’.

He highly praised the feeling of immersion while gaming as ‘simply immense’. When playing The Vanishing of Ethan Carter, Leadbetter said that the first person VR experience was ‘everything you’ve ever dreamed of’, although he did complain about feeling quickly nauseous. Leadbetter said that he could only manage about ten to fifteen minutes of ‘intense’ comfort level games like Ethan Carter and Project CARS.

Leadbetter concluded his review by saying that the quality of the headset is ‘up there with the best’. He said that it takes game playing into ‘a new dimension’, with a lot more developments to come. Compared to its main competitor, the HTC Vive, he said that it is just too early to fairly say which is better.

A review by the Wall Street Journal started off to a less than satisfactory start, however. The first period of use left the reviewer, Geoffrey Fowler, frustrated by a glitch in the locational sensor that pushed him below the virtual ground. Fowler quickly came to the conclusion that the Rift is still not quite ready for its mainstream launch, despite some moments of brilliance.

Fowler said that although the Rift is certainly a worthwhile experience for gamers to enjoy, he said that there is little reason for anyone but the most serious gamers to purchase. He described the Rift as the ‘product you hope your neighbour buys’.

After his time spent using the Rift, Fowler said that VR developers still have some way to go before they get to grips with storytelling through the device. Fowler felt excited at the opportunity to transport into a realistic and immersive VR world, but was left wanting by the unmoving experience he had. Fowler decided that the Rift simply isn’t good enough at creating convincing VR environments.

In terms of the physical gear, Fowler said that wearing the headset is about as comfortable as sleeping on an aeroplane. He was also frustrated by the thirteen foot cable that tethers the headset to the PC, which often distracted him from using the Rift.

Much like Leadbetter’s review, Fowler quickly became nauseous when using the Rift. He stated that he couldn’t even manage to complete a single race of Project CARS, and found that Into the Dead ‘forced’ him to stop and take breaks. As a primarily gaming device, the necessity to take highly frequent breaks is fairly damning.

Although Fowler enjoyed the ‘undeniably cool’ VR experience, he felt that the confusion in both the VR world and knowing what was happening around him in the real world distracted him from playing games on the Rift. He went as far as saying that many Rift games would be just as good on a big TV with surround sound.

He concluded by saying that on the first day of the Rift’s consumer version, he was already ready for the next version of the device. He felt that the Rift will quickly need new editions with enhanced capabilities.

Reviews from the rest of the gaming and tech journalism world have been somewhat polarised. Many have found the Rift to be a fantastic experience, while many others have found it lacking but with the potential for much more in the future.

Polygon’s review of the Rift described it as ‘high-quality’, ‘subtle’ and ‘beautiful’. They found the Rift’s current apps somewhat basic, yet intuitively simple. Polygon said that the Rift ‘changed how [they] think of games’, and that Oculus delivers on its promise to open up a ‘new frontier for gaming’.

The New York Times’ review said that a ‘larger, more diverse set of content’ would be necessary before the Rift becomes a must-have item beyond its initial market of hardcore PC gamers.

Wired praised the high quality production of the device, describing the VR experience as ‘rock-solid and comfortable’.

Ars Technica’s review found the ability to physically move around environments without the need for controllers a transformative experience that has the potential to massively alter the way people think about games.

Finally, TechRadar felt that the Rift is an ‘outstanding device’ with ‘stunning’ games and ‘wonderful immersion’. They felt that despite limitations in price and peripherals, the Oculus Rift is only going to get better and better.