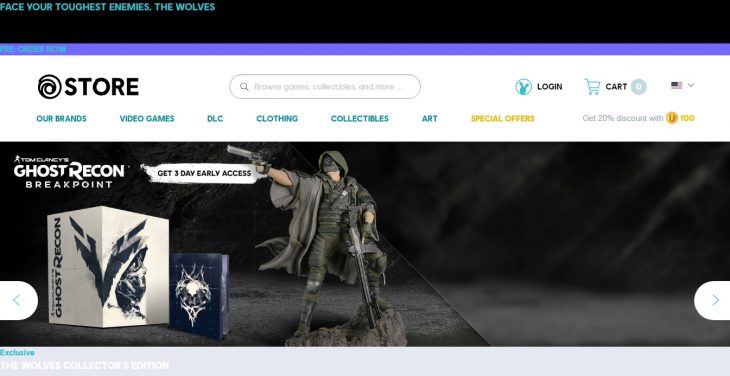 Users from ResetEra as well as popular news outlets such as VG247 have reported that Ubisoft recently leaked a new subscription service, the Ubisoft Pass. Apparently the pass was briefly listed on the Ubisoft Store, but has since been taken down, and a new subcategory for the Ubisoft Subscription was added to the site, but has been removed since too.

Currently Ubisoft don’t offer any sort of subscription service, leading many to believe that this leak is for a service that will be revealed and launched at E3 2019 over the next week or so. It’s speculated that the service will resemble EA Access, offering early access to demos, betas, new games, and a backlog of games from Ubisoft’s portfolio.

Amongst the images spotted for the service were premium options. This indicates that, similarly to EA Access, the Ubisoft Pass will have tiered levels of membership. Each tier will offer different benefits, from the lowest for the free accounts, to the most exclusive demos, betas, and additional content for those with the most-expensive membership.

In the past Yves Guillemot, Ubisoft CEO, has spoken about game streaming as a service. Going so far as to say that in the future this will become a much larger part of the games industry, particularly as technology develops to offer better quality game streaming for triple-A titles. Given this knowledge some press sites speculate that the Ubisoft Pass will resemble Playstation Now, and actually offer subscribers a game streaming service that allows them to stream hundreds of games directly to their console or PC.

Ubisoft have responded to these rumors by simply telling the press that they do not comment on rumors or speculation. It’s thought that the service is most certainly a leak before E3, which was intended to be a surprise reveal during Ubisoft’s press conference.

Ubisoft has doubled down on games as a service, supporting all of their titles with content for far longer than ever before, in recent years. With Assassin’s Creed Origins and Odyssey a year of content was planned for each, and Ghost Recon Wildlands is still seeing support and new content two years after launch.

With Rainbow Six Siege showing no signs of slowing down, it’s clear that Ubisoft’s priorities are in games as a service, and digital content. How this will shape the Ubisoft Pass and the company’s future should all be revealed at E3 over the next week.