The Digital Games Market is up by 29% this September

A report describing the financial data for the world’s gaming industry found that September 2015 was a phenomenal month, as the digital market grew significantly.

Despite the number of console players remaining the same, the sales figures for digital console games rocketed up by 29% during the period, to a total of $326 million.

This means that digital copies of games are quickly encroaching upon boxed games to become the most popular source of content. 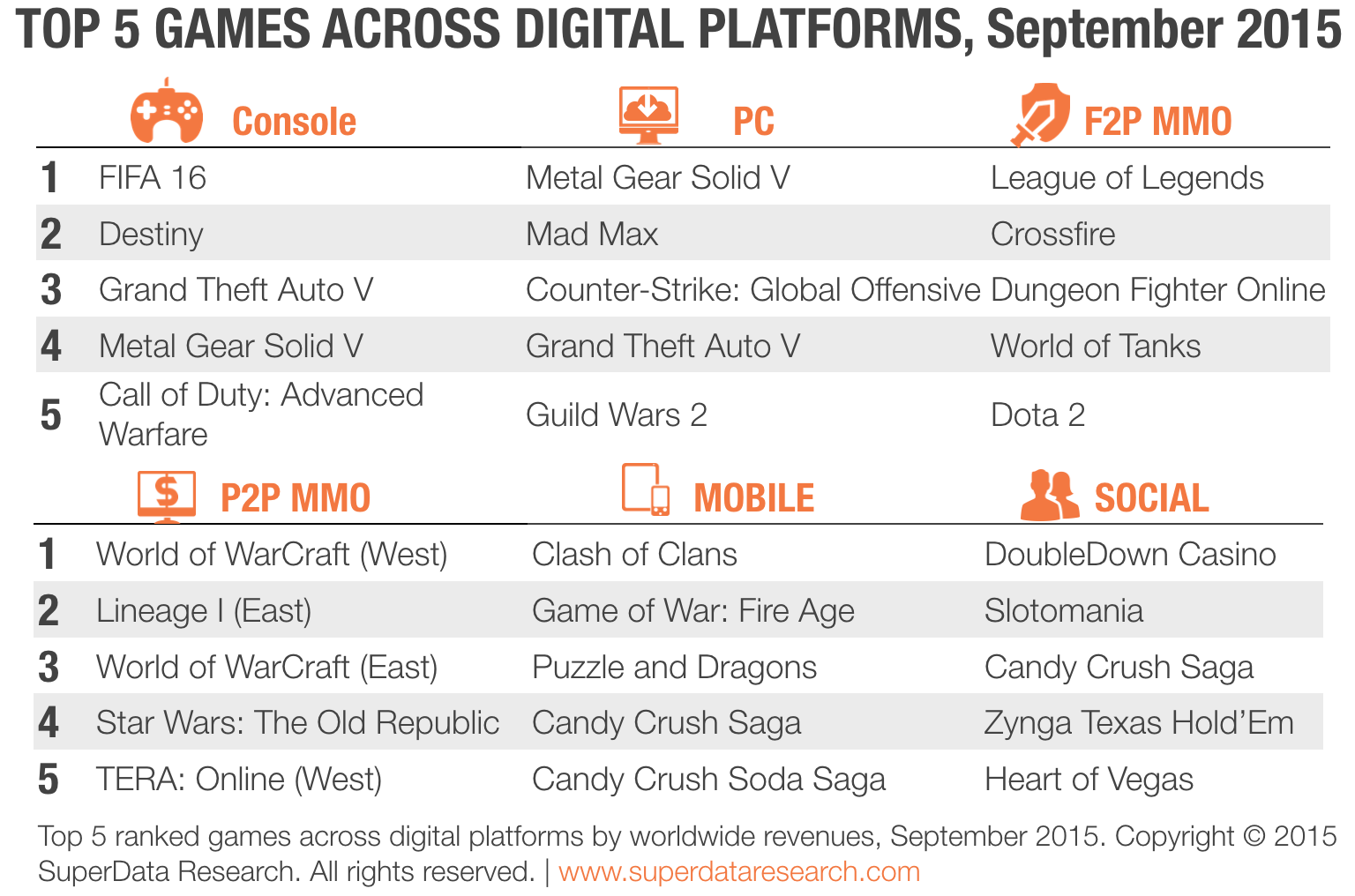 Globally, the digital games market was worth $5.4 billion dollars in sales during September, up 11% year on year except for pay-to-play MMOs which fell by 8%.

The digital gaming sector is rapidly becoming a major source of income for the industry as a whole. Steam reportedly earned $1.5 billion in 2014, while Nintendo have recently deepened their presence in the digital market.

Purchasing digital content is often preferable for gamers for a number of reasons, mainly due to its convenience and the regular deals and sales on offer. Clearly digital sales are becoming a major element of the market, and companies are certain to capitalise on them further.