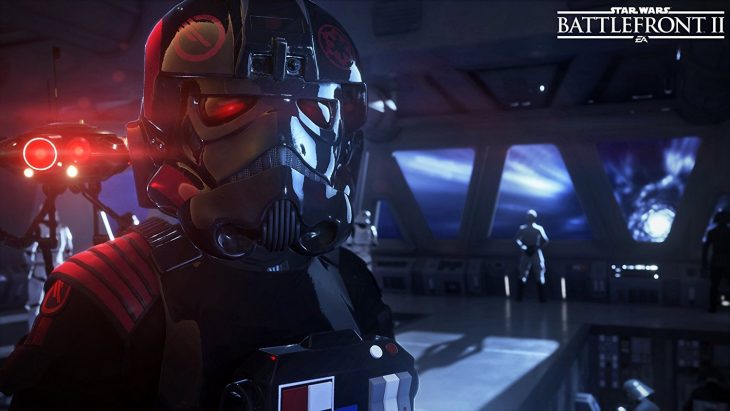 Star Wars Battlefront 2 releases November 17th, but has already been available for two days to those who pre-ordered the Deluxe Edition. After just two days of access from fans and slightly more for reviewers the game is suffering from harsh criticism over the microtransaction model EA have built into the game.

Initially fans were outraged by the number of credits that are required to unlock the ability to play as heroes, franchise staples such as Luke Skywalker, Darth Vader, and Boba Fett. In order to earn these credits players need to complete the game’s single player campaign, complete arcade challenges, or grind through multiplayer matches.

However, the number of credits required to unlock heroes was so high, and the number of credits earned from playing so low, that most players wouldn’t even get the chance to play as their favourite characters. In order to earn more credits players could buy loot crates which could reward them with new gear and star cards to play as heroes, but most fans argued this wasn’t fair in a full priced game.

EA has altered the number of credits required to play as a hero by dramatically decreasing them, but they’ve also reduced the credits players can earn on a daily basis. While this may have the outward effect of removing the problem to some players, to most it’s easy to see it still lurking under the surface.

The game, in its current state, still favours those who are willing to spend money on top of the $60 or £50 that they paid for the it. With enough loot crates a player can drastically improve their loadout in multiplayer to the point where they dominate the battlefield.

This issue has cropped up in almost every review for the game, with reviewers expressing torn opinions over how brilliant the game is aside from this one factor. Unfortunately for EA loot crates have become a source of contention recently for gamers, as titles such as Middle-Earth: Shadow of War implement them in what looks to be an effort to make more money out of players.

The fact is that in the last Star Wars Battlefront game players could pick up a token in the middle of a match to become a hero, no credits required. While this new system adds a depth to the game that encourages longevity the loot crate system negates it to the point where many players may not even try to play it.