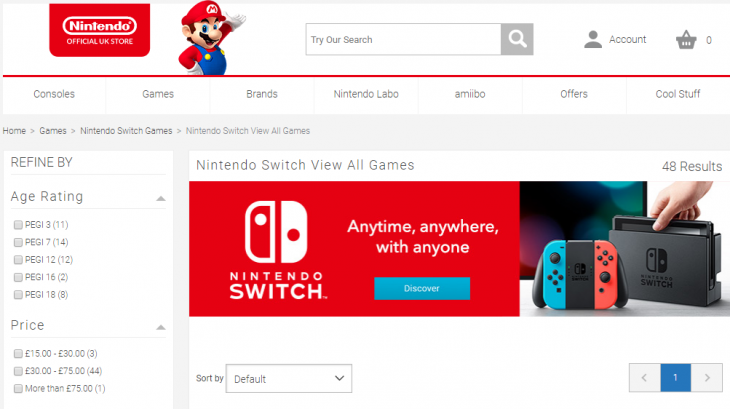 According to a survey which was carried out last year, once consumers have pre-ordered a product on the Nintendo e-Shop they have no way of cancelling it, effectively locking them into a purchase for a product they haven’t received at the time. This is the reason the NCC is reporting Nintendo.

For Sony, EA, and Valve the NCC found that Origin, Steam, and the Playstation Store do not adhere to the right of withdrawal, and have not qualified to meet the criteria to be exempt, which is why all three companies are also being reported. Specifically the NCC have reported all three for failing to obtain consent of acknowledgement from the consumer that they thereby lose their right of withdrawal.

The right of withdrawal allows consumers to return a product for a full refund within 14 days of purchase, put in place by the EU to protect consumers. The NCC claim that they previously wrote to Nintendo on the matter, requesting that they amend their practices so that they conform to the EU law. Since no, or very little, response has been received from all four companies mentioned the NCC has reported each of them for being in breach of EU consumer law.

This oversight shows a lack of clarity, Finn Lützow-Holm Myrstad, Director of Digital Services for the NCC, told press in his statement on the subject. The fact that this lack of clarity has been made by four of the biggest gaming platforms in the industry makes the breach all the worse.

Myrstad went on to say that even the largest gaming companies need to adhere to laws and rules, honoring consumer rights in the process. Video games do not exist in a lawless vacuum and are subject to the same laws as all other consumer goods.

While Steam does have a refund and complaint policy that allows users to get a refund for their game if they’ve purchased it within the last 14 days and have under 2 hours in-game time. However, the NCC say that this isn’t compliance with the law since Steam do not request acknowledgement of the policy from consumers prior to purchase. Without an action from the consumer the policy isn’t valid.