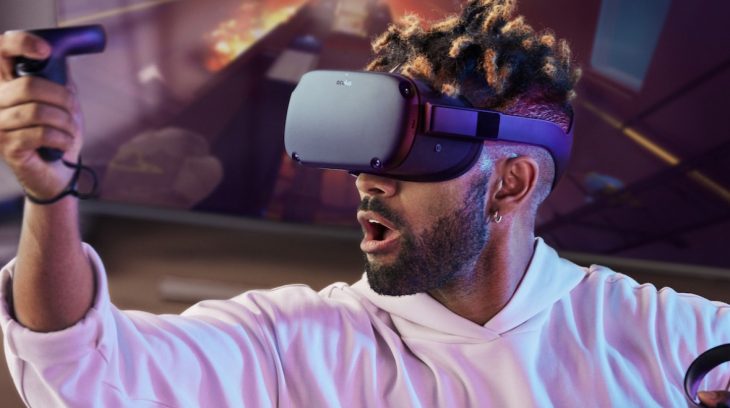 John Carmack, CTO for Oculus VR has said in a statement that the Nintendo Switch is the main competition for the company’s upcoming device, Oculus Quest.

The Oculus Quest was announced at Oculus Connect, an Oculus conference, this week. The company say that the device is going to fill the gap between Oculus Go and Oculus Rift in terms of cost and the technology used in the hardware.

The new device will offer six degrees of freedom according to Carmack. The processing power is closer to that of last generation games consoles rather than current high-end PCs which are used to with the Oculus Rift. This means that Oculus Quest is closer to the PlayStation 3 and Xbox 360 when looking at the CPU and GPU and what can be expected of it.

Most of the games from the last generation of consoles were rendered on devices at 30 FPS 1280 x 720. When translating this to VR the resolution needs to be rendered twice at 72 FPS, which is around 8.5 times as many pixels as an Xbox 360 title, according to Carmack.

Carmack pointed out that it’s not possible to take a game that was rendered to the highest possible quality for that console generation and expect it to look the same in VR. There are too many more pixels which would need to be created, and there isn’t the processing power in the device.

Carmack ended his discussion about Oculus Quest by saying that any core Oculus experience could be brought to the device, but users couldn’t expect exactly the same experience. It will be interesting to see how many consumers opt for an Oculus Quest as their secondary device, since this is the first time that VR is being made accessible as anything other than the primary hardware for a consumer.