It seems as though Sony is now planning on bringing out a smaller and lighter PS5 model. The new version of the PS5 Digital Edition has been found thanks to a Japanese product manual that details the updated hardware, revealing that it’s 300g less than the launch model.

This revised model has some new hardware changes, including a different screw to attach the unit’s stand. This new model is already listed on a few Japanese retail websites, and is being offered as part of upcoming lottery sales. 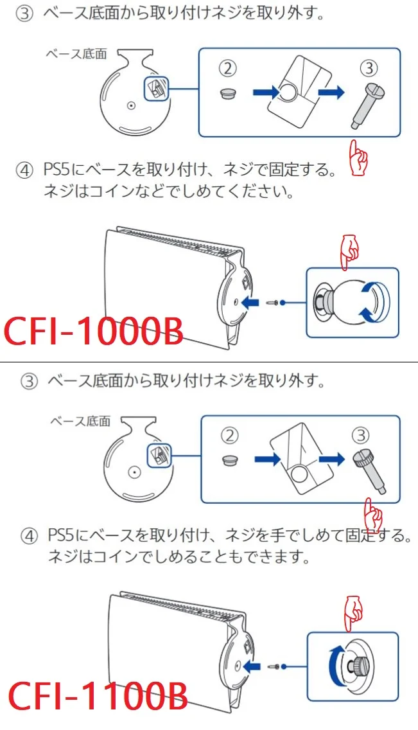 The updated hardware was first spotted by eagle-eyed users in May, when Sony registered a patent for a new wireless communication module. Launch PS5 consoles use the CFI-1XXX model numbering, while this new model uses a new CFI-11XX scheme.

Interestingly, Sony’s CFO, Hiroki Totoki explained in an investor call this year that the company was looking at easy to reduce the lack of availability in PS5 consoles, including a revised model that was easier to build.

Totoki added that if the company could find a secondary source for semiconductors and other parts, it would make it far easier for the company to continue to produce PS5s without being hindered by stock issues.

The company is now reportedly planning to start production on the new PS5 hardware design using semi-customised AMD produced 6nm CPUs. Production is said to be starting at some point in 2022.

The PS5 was said to break even by June 2021, after which point it would become more and more profitable. Having passed that point, it makes sense that Sony would look for ways to increase availability and push sales even further.

The PS5 was hit by scalpers at launch. Due to a lack of available stock, the scalpers acquired most of the units, and sold them for extortionate markups on websites like eBay. This has continued with other devices, and doesn’t look to end anytime soon. Hopefully, by introducing more units to the market, Sony can render the efforts of scalpers void. It will also help increase the number of people upgrading from their PS4 who haven’t had a chance to do so yet.