Marvel’s Avengers to be revealed by Square Enix at E3 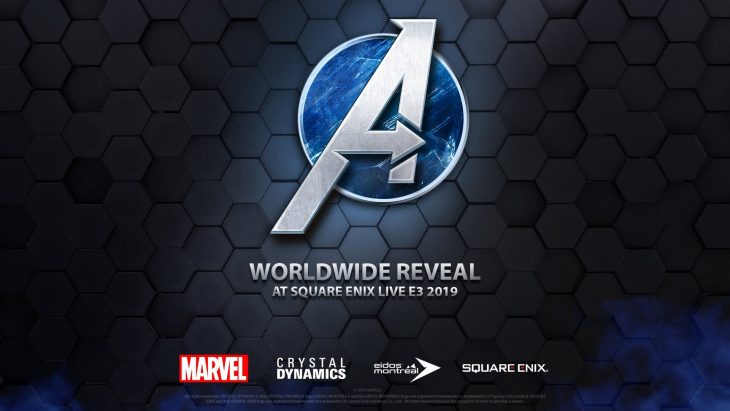 This news came in the form of a Tweet from the official Marvel’s Avengers account, indicating that the game may simply be called, Marvel’s Avengers. The Tweet tells fans to tune into Square Enix’s live press conference during E3 2019 to witness the game’s worldwide reveal.

Tune into Square Enix Live E3 2019 for the worldwide reveal of Marvel’s Avengers.

Square Enix have remained quiet about The Avengers Project ever since a short reveal trailer was shown at a previous E3 press conference in 2017. When the game was originally announced in January 2017, the developers were named as Crystal Dynamics, same developers as of the Tomb Raider reboot series, and Eidos Montreal, developers of the Deus Ex series. The game’s first ever trailer hinted at a storyline in which the Avengers had been disbanded, but now something so horrible had happened that they needed to reform to fight it.

Square Enix released a press release at the time telling fans that the game will feature an original story and a unique world that players will be able to enjoy for years to come. Unique environments, characters, and iconic moments were also listed as just some of the reasons The Avengers Project would be a game that every Marvel fan would want to play.

A year after its announcement Crystal Dynamics was seen to be adding ex-Naughty Dog staff to their roster, as well as those who had been left without a job when Visceral Games closed. At the time the studio’s Co-head, Scot Amos, told press that they are still looking to deliver a completely original experience with The Avengers Project. He added that Crystal Dynamics is always looking to acquire new talent where possible, making their team of developers as amazing as possible. Finally, in August last year it was confirmed that the new Crystal Dynamics studio in Bellevue, Washington was working on new technology specifically for The Avengers Project.

Given that the remake for Final Fantasy 7 has been in the works for the last four years, it’s possible that The Avengers Project won’t release this year. However, Square Enix desperately need to release a few games this year that sell well enough to turn a profit, or their financial results could look worse than last year’s.