John Carmack changes his role at Oculus to Consulting CTO 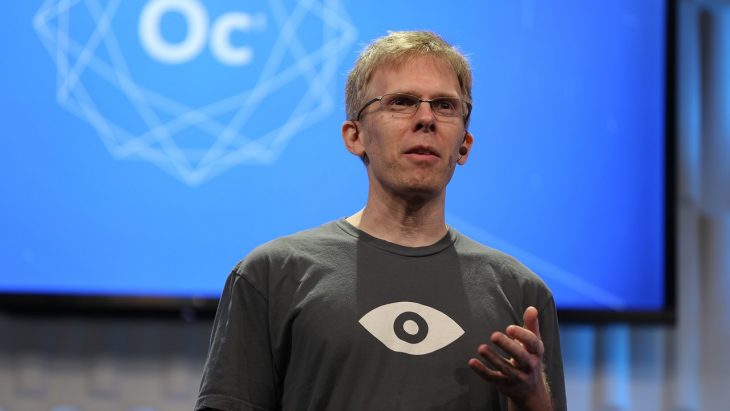 Carmack’s role change was announced on Facebook, having joined Oculus in August 2013. He explained that this new role will give him a voice in the development work on Oculus, but will only occupy a modest slice of his time.

Talking about his time with Oculus, Carmack described how he always thought he had a line of sight to solutions to problems, whether he was working on games, aerospace technology, or VR. Sometimes these solutions were unconventional, but he maintains that he always had some sort of way forward planned.

With this in mind, Carmack is moving onto working on artificial intelligence. He explained that while he has always thought of himself as having a vision for a solution to a problem, he wants to work in an area where that isn’t always the case. Carmack added that he wants to do this before he gets too old, which is why he’s made the decision to change his job role at Oculus now.

Carmack described his work on artificial intelligence as something that will make a non-negligible impact in his time with it. However, initially he’ll only be working on the technology from home, in partnership with his son. Carmack describes this style of work as Victorian Gentlemen Scientists style.

This high profile change at Oculus isn’t the first in the last few months. In August, Nate Mitchell, the last of the original founders of Oculus, left the company entirely.

Oculus is well known as being the most powerful VR experience on the market. Developers create experiences for Oculus first, encompassing other VR headsets as and when they can, because the technology is so powerful. Whether or not Carmack’s work on artificial intelligence will have any bearing on the future of Oculus remains to be seen, but it would seem like a missed opportunity for new AI technology not to be used by Oculus in some form.