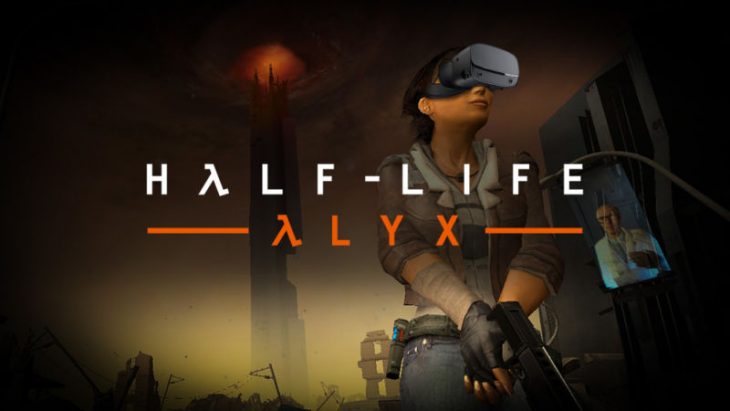 Half-Life: Alyx, the first Half-Life game in 13 years, launched yesterday to the tune of 43,000 concurrent users on Steam. The game is a VR exclusive, and the first VR game in the Half-Life series.

The Steam concurrent user figures were pointed out by Daniel Ahmad, an Industry Analyst for Niko Partners, yesterday on Twitter. He explained that the game was a successful launch when it came to VR standards. He added that it had even beaten Beat Saber for concurrent users, which still is an incredibly popular VR game.

Is certainly a successful launch for a VR title and is already as high as Beat Saber VR's peak concurrent player count on Steam.

However, it's clear that the numbers are held back due to VR requirement. pic.twitter.com/BYXZAOdEoS

Ahmad went on to say that as a game in a series as prolific as Half-Life, the numbers show that the game is being held back by being a VR exclusive. While VR is a growing industry, it’s still small compared to the more widely appealing games consoles.

Mat Piscatella, an NPD Group Analyst, described the VR exclusivity of Half-Life: Alyx as a missed opportunity to Valve. Technically the game is a massive achievement, but most people won’t ever see that because they don’t have a VR platform to play it on.

The game’s peak Twitch viewership hit 300,000 on the same day. This is more than seven times the peak concurrent players of Half-Life: Alyx on Steam. Some say that this is further evidence of just how restrictive the game’s platform exclusivity is to fans. The Twitch viewership shows that there’s a massive audience out there, but only a slice of that audience can actually play the game.

While Half-Life: Alyx is in no way Half-Life 3, it is a new game in the series. Set between the first two games, players take on the role of Alyx Vance as she explores a city that is slowly coming under the control of The Combine. Players will see the spark that ignites the events of Half-Life 2, and everything that has been a mystery up until now.

The game is unique, even to VR. Players must locate shots and magazines for weapons, ejecting older clips and reloading in a much more manual fashion than other games have them doing. In this way the game is far more visceral, and much more engaging as a result.