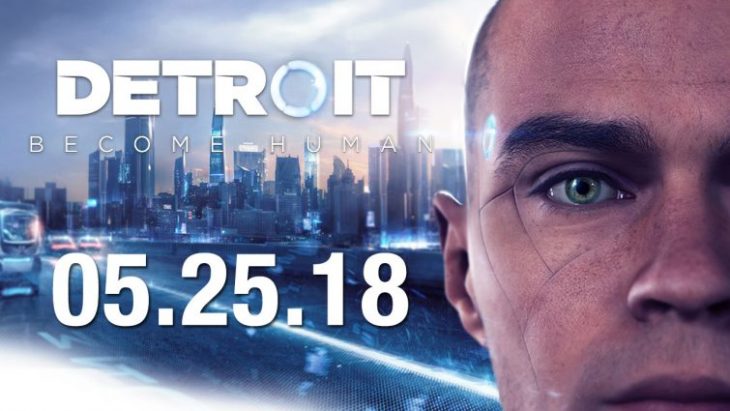 Detroit: Become Human is the latest game from Quantic Dream, a company known for their story-focused titles. The game’s story revolves around a future in which androids are commonplace, and what happens when these androids begin to revolt against their creators.

The game launched at the end of May 2018, and despite being a PlayStation 4 exclusive has managed to rack up 2 million sales in a relatively short amount of time. Quantic Dream’s last game, Heavy Rain, took about two years to reach the same sales milestone. Heavy Rain also had a lot more marketing and anticipation surrounding it, making the success of Detroit: Become Human all the more admirable.

Quantic Dream posted on Twitter saying that they were extremely thankful to the game’s community, as well as the PlayStation community, for being able to reach this milestone. They even gave a special shout out to the #ConnorArmy which is a group of particularly dedicated players of Detroit: Become Human.

.@Detroit_PS4 is our fastest selling game to date! We would like to thank our incredibly vibrant community, @playstation, our highly talented team and of course #ConnorArmy for allowing us to reach this milestone of 2 million units sold on Playstation 4 in just 5 months. #hurray! https://t.co/Od7uON9qMp

The first glimpse of Detroit: Become Human was actually a showcase from Quantic Dream, a demo that acted as an example of the graphical feats the PlayStation 4 could achieve. The demo, Kara, showed an android going through the stages of being built, eventually leading to a heart-wrenching moment when the human monitoring her building process has to decide whether to wipe her consciousness or not.

The Kara demo became the benchmark for PlayStation 4 gaming. It’s unclear whether or not Quantic Dream ever intended to create a game with this character in, or were simply exploring the world of Detroit: Become Human. Regardless, Kara made it into the game as a main character, one of three, which definitely helped boost the game’s reputation.

This year Quantic Dream have come under fire due to workplace practices, but the developer still seems to be operating as normal. The next title from Quantic Dream may need to offer more than Detroit: Become Human did, however, because critics and players were all too happy to point out that most of the gameplay relies on QTEs, a dying game mechanic.