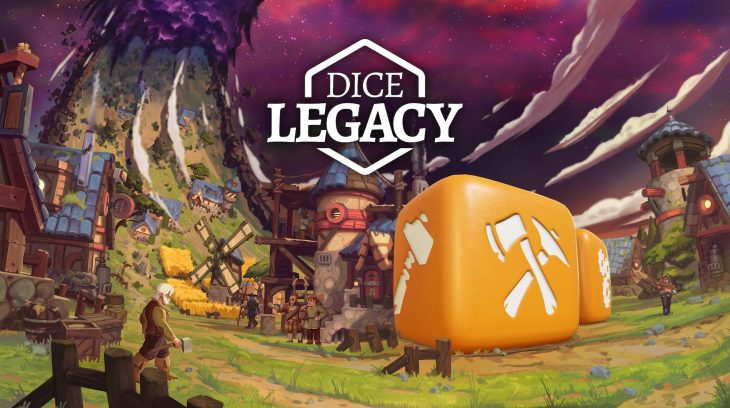 The Italian-based independent game studio DestinyBit has been acquired by Amplifier Game Invest.

DestinyBit is a four-person studio, and the first one based in Italy to join Amplifier Game Invest. This will be the tenth new acquisition for the company, and while DestinyBit is a company with a distributed team, they are all mainly based in the northern city of Ravenna.

The second game from DestinyBit, Dice Legacy, is due to launch this summer. The game is a city builder that uses pen and paper board game dice rolls to determine the outcomes of certain events. Amplifier Game Invest has explained that it’s the potential they see in Dice Legacy that has been a major contributing factor in this acquisition.

Most of Amplifier Game Invest’s acquisitions have been for companies based in North America and Scandinavia. However, the company has expressed interest in growing its reach beyond these territories for a little while now, which they’ve definitely achieved with DestinyBit.

Amplifier Game Invest was previously known as Goodbye Kansas Game Invest, but saw a rebrand after being acquired by Embracer Group, which was known as THQ Nordic at the time, in 2019.

Amplifier Game Invest is slowly acquiring a great number of studios. While each one is fairly small in terms of their audience, and the games they are making, together the network now has a far greater reach.

It’s not yet known whether these studios will coordinate on projects together, but for the time being at least, each one is definitely still free to work on their own projects as normal. With the backing of Amplifier Game Invest, and Embracer Group, the games each studio is releasing will only have more resources, helping them reach even more potential players.

With consumers looking for more and more unique experiences from their games, there’s no telling just how successful games like Dice Legacy could be moving forward, especially with most people still choosing to stay indoors at the moment.

Related Topics: Amplifier Game Invest, DestinyBit, Embracer Group
By Admin in: Wholesale Games Industry and Market News on May 22, 2020 at 7:04 am