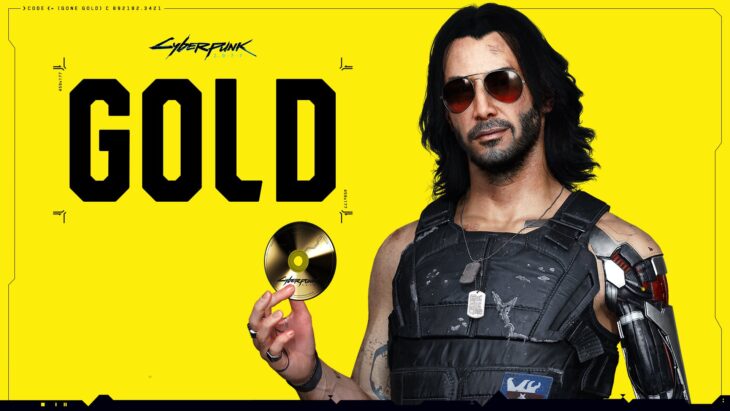 When a game goes gold, it means that all development on the base form of the game is complete. For Cyberpunk 2077, this means that the game is finished at last. Every mission has been put together, all the in-game systems are working, and the world feels as real as the developers want it to.

From now until the game’s release date, November 19, 2020, the team will be working on a day one patch. This will include fixes for any issues that are picked up in the next month or so before the game gets into the player’s hands. How large the patch is will give some indication of just how many issues were found.

Cyberpunk 2077 has been the subject of some controversy for the past couple of years. The main reason for this is the game’s multiple release date delays. CD Projekt Red has pushed the game’s release back again and again because they didn’t feel that they would be able to get it finished to a high standard in time. This has annoyed some fans, but most are happy that the game will be coming out eventually, and the developers aren’t being overworked.

However, more recently the developer posted a tweet that showed that staff were now being asked to work six day weeks. Whilst all of them are being compensated for the extra time they’re putting in, this led many fans to question whether the company cared about those employees at all.

This is what is known as crunch in development, and has been common for a number of years, until it became public. Usually this situation pushes developers over the edge, to the point where they no longer want to work for a company because of how hard they were pushed to finish a game on time.

Given this news about Cyberpunk 2077 going gold, it seems odd that CD Projekt Red would be asking their team to do such a thing. However, this may just be due to the game’s size, and the need to test so much in a short amount of time.