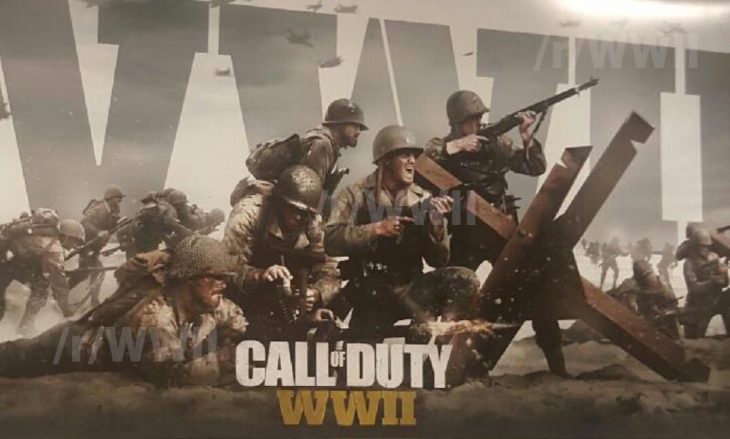 Last week there have been two major leaks in games industry news. First Destiny 2 was leaked ahead of its reveal by an image of a poster that made it’s way around social media. Second, a similar image for a new Call of Duty game that looks to return to a World War 2 setting has also been doing the rounds.

Call of Duty is an iconic first person shooter franchise, and holds a huge number of fans for both their extremely satisfying gameplay, and competitive eSports scene. However, over recent years fans have been pushing for a return to Call of Duty’s roots, for a game more like Battlefield 1 that is set in a past war rather than a future one such as Call of Duty: Infinite Warfare.

While there has been no official confirmation that the next Call of Duty, which is being developed by Sledgehammer Games, will have a World War 2 setting, sources close to Eurogamer are said to have confirmed the information. In 2014 Michael Condrey, co-founder of Sledgehammer Games said he would like to see a next-generation shooter with a World War 2 setting, and it seems as though he’s gone ahead and had the studio develop it.

Pretty dam exciting that it's looking like Call of Duty is going back to World War 2!!!! pic.twitter.com/8Sg9EJlzeF

The current instalment Call of Duty: Infinite Warfare has not performed as well as previous releases in terms of sales and user reviews. Although it is still in Top 10 of the best-selling video games every week, it takes lower positions that its predecessors of the game series, which tended to take either number one or number two top positions, most of the time throughout the year. A prominent YouTuber told BBC Newsbeat that he heard from other users that it’s time people started buzzing about Call of Duty again, and in order to achieve that it needs to offer something different to what fans expect. He added that since Battlefield 1 launched people have been reminded of how much they loved World War 1 and 2 shooters. Call of Duty made its name with games in these settings, and it’s time it returned there.

Battlefield 1 has paved the way for other franchises to make a return to the older settings of World War 1 and 2. Series such as Medal of Honor and Call of Duty used to rule the genre with their re-tellings of D-day and the traumatic struggle against the Nazis the world still hasn’t forgotten, and if Call of Duty wants to continue to be a popular series it needs to bend to demand and show fans what they’re after.

Related Topics: Call of Duty World War 2, Call of Duty: Infinite Warfare, Destiny 2
By Admin in: Wholesale Games Industry and Market News on April 4, 2017 at 8:07 am