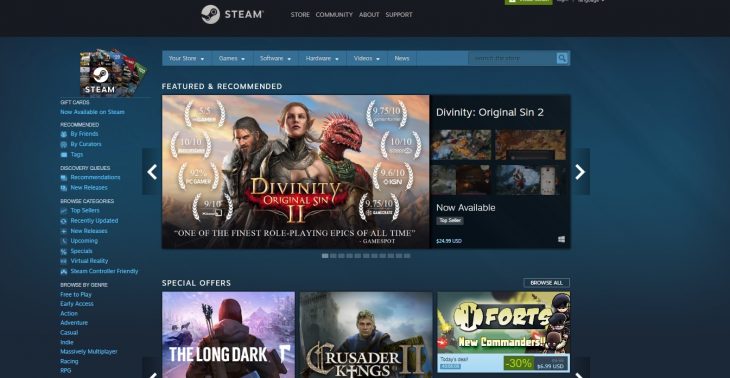 Sergey Galyonkin of Steamspy has reported that the majority of Steam sales for 2017 were made up of $20 games. This has made him question the $9.99 price point known as the ‘sweet spot’ for Steam game prices.

SteamSpy’s data shows that 4,579 games released in 2017 with a maximum sale price of $10, while only 1,321 released in the same time period with a maximum price point of $19.99. In a recent article Galyonkin wrote that $9.99 is a so called sweet spot that a lot of indies desire and aim for, but the data doesn’t support the mindset that this ‘sweet spot’ encourages more sales.

Galyonkin is keen to point out that if you look even further into the revenue you’ll see that the $29.99 price point is so lucrative because of PUBG. Removing all data for the game from the sales chart puts $19.99 just behind $59.99, which is most likely so lucrative because the most popular triple A titles are sold at that price.

While this data shows that consumers are still opting to purchase better quality, more expensive titles, Galyonkin says that the average price of games on the Steam storefront are getting cheaper and cheaper, with the median game price for 2017 standing at $2.99, $3.99 for all indie games, and $5.99 for games of all kinds.

Galyonkin says that the Steam storefront, according this data, is reminiscent of the iOS App Store before the launch of iOS 11, stating that the race to the zero price point is on. He adds that counting average prices is starting to become meaningless due to the sheer number of games releasing as time goes on, 7,696 (39 percent of all games on Steam) within the last year.

With all these new games and new ones coming out each day, last year was the best ever for Steam. Total revenue increased to $4.3 billion in 2017 from $3.5billion in 2016, and the number of customers who played a game at least once rose to 291 million, an increase of 22 percent.