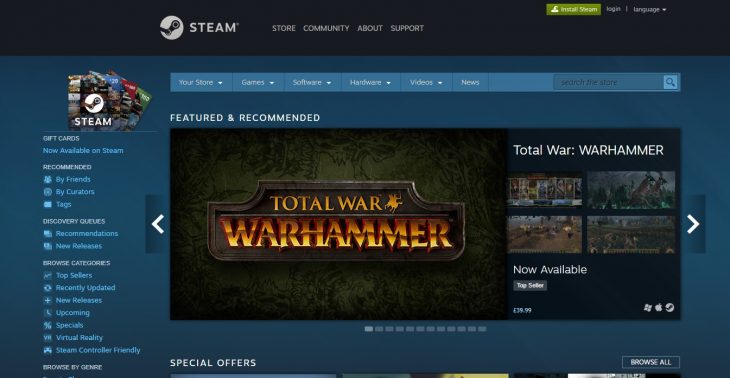 According to Daniel Ahmad, an industry analyst for Niko Partners, so far in 2017 more than 6,000 games have been released in total. With more than a month to go before the year ends, and one of the biggest seasons for Steam in terms of both sales and releases, there’s still a lot of room for this number to grow.

In 2016 just over 4,200 games were released on Steam, according to GI.biz, a number that’s been improved upon by around half the number of games released in that year so far. Ahmad put together the data he gathered in a table, which can be viewed here, that demonstrates the dramatic increase in releases between 2006 and 2017 year to date.

A quick update to the number of games released on Steam chart.

This is as of early November. Year isn't over yet and there have already been more than 6,000 games released on Steam this year.

That's almost as many as the number of games released between 2005 and 2015. pic.twitter.com/RCIUJFprzG

It’s predicted that around 1,000 games this year have been released through Steam Direct. Steam Direct replaces Steam Greenlight in providing a service where players are able to vote for a game to be released via Steam as opposed to being available only through a developer website or other smaller platform.

Valve charge a $100 fee for every game that applies to the Steam Direct service, as well as taking a cut from the sale of every single game, meaning this has been an incredibly lucrative year for the company.

With the prospect of the Steam Winter Sale on the Horizon it’s likely that Valve will see even more games release in time for when Steam Users are at their most generous, having waited to buy their new games at discounted prices at the end of the year.

All of these new releases don’t cause the kind of chaos that might be expected on a platform like Steam thanks to Steam Discovery. This latest update from Valve helps users find the games they want among the masses of new titles that release each week, making it a place filled with the perfect kind of game for any user.