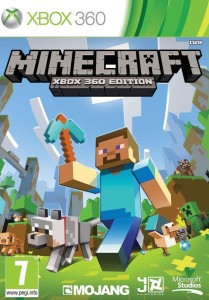 Minecraft is a sandbox game, which originally released on PC in 2011 and quickly got large popularity. The game was later released also on Xbox 360, PlayStation 3, PlayStation 4, and is scheduled for release on Xbox One. The gameplay is simple, building various structures from textured cubes. The game is an open world, i.e. doesn’t have boundaries, and creates limitless opportunities for players to build whatever structures their imagination can tell. The game also includes such activities as exploration, gathering resources, crafting, and fighting. The game has four modes: survival mode, creative mode, hard core mode, and spectator mode. As of end of June 2014, the game has already sold over 50 million copies, making it one of the best selling games in the history.