God of War Remastered for PS4 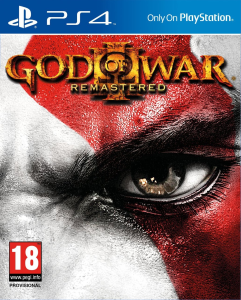 or Register.
God of War Remastered for PS4 is a remastered version of God of War 3, and featuring full 1080p resolution support at 60 frames per second and a photo mode.

The original game, God of War III, Initially was released for PS3 on 16/03/2010, was the fifth release instalment in the God of War series and the seventh chronologically. The game play is loosely based on Greek mythology, with protagonist and former God of War, Kratos, after his betrayal at the hands of his father Zeus, King of the Olympian Gods.