Developed by Playground Games, Forza Horizon 3 – an open world racing game set in the Australian Outback – was released on 23 September 2016. It launched exclusively on Microsoft’s two platforms Xbox One and Windows 10, and features cross-platform play between the two.

Forza Horizon 3 was met with universal acclaim from games critics. Tallied by Metacritic, the reviews average out at a near perfect 91 on Xbox One and a highly respectable 86 on PC. Having peaked past the 90 mark on Xbox One, based on 73 reviews in total, Forza Horizon 3 can be officially regarded as the most highly acclaimed title in the series.

IGN awarded Forza Horizon 3 the highest score out of the major media outlets, giving it a stellar rating of 9.5. Their review could not speak highly enough of the racing title: “[it] is a masterclass in open-world racing,” they said. With an epic environment to race around in and excellent mechanics, IGN’s reviewer said Forza Horizon 3 is his ‘favourite thing on four wheels’.

IGN: “Forza Horizon 3 is a masterclass in open-world racing and bigger and better than its excellent predecessor across the board.”

The review described the game as ‘the best in the business’. Beautiful graphics, a jaw-dropping recreation of the varied Aussie Outback, deeply varied car customisation and brilliant driving mechanics in Forza make it an essential purchase in IGN’s opinion.

Eurogamer also highly praised Forza Horizon 3. “[The] series has never been a more triumphant standard-bearer for racing games as pure, escapist entertainment,” the review said. They celebrated how accessible the game is, being enjoyable for both hardcore petrolheads and those with a casual interest. All aspects of the game were heaped with praise, and Eurogamer concluded their review by plainly summarising: “Forza Horizon 3 is, quite simply, the best racing game around.”

The Telegraph: “A relentlessly upbeat festival of driving.”

PC Gamer rated Forza 92 out of 100, also describing it as one of the very, very best in the racing genre. The reviewer only found faults in minor niggles and Microsoft’s approach to DLC content. “Forza Horizon 3 doesn’t just succeed as a racer, but as an open world game,” the review explained. “[It] is huge, varied and constantly entertaining.”

Evidently Forza Horizon 3 is an unquestionable purchase for racing game fanatics. It will also appeal to those who like tense racing action and more relaxed vehicular exploration. Forza Horizon 3 can undeniably be considered one of the greatest racing games of all time so far. 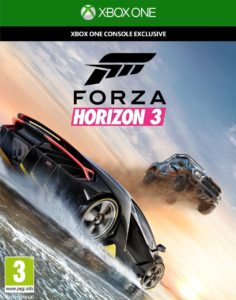 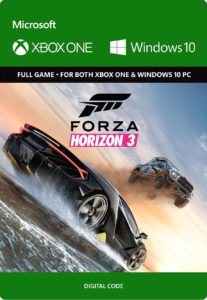